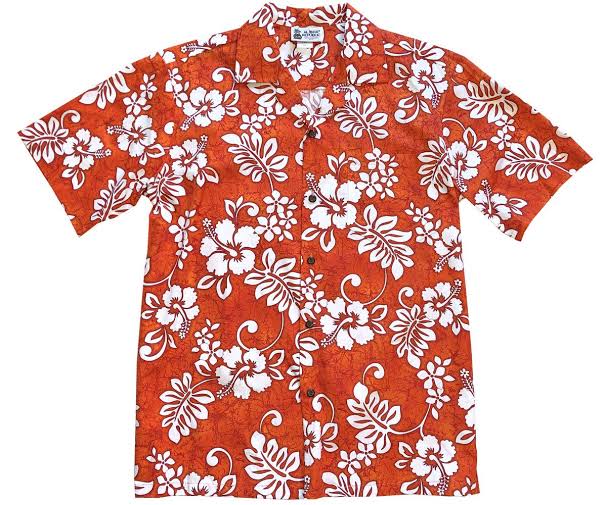 Hawaiian shirts are also called Aloha shirts, and reflect the style and heritage of the islands. The shirts have become the premier textile export for the state, with Hawaii’s manufacturing industry touching an all-time high. Usually, the short-sleeved Aloha shirts exported to the mainland United States and around the globe have bright colors with floral patterns or generic Polynesian motifs. These shirts are generally worn as informal wear or on any casual occasion.

The shirts manufactured for local Hawaii residents are often dull in tone. In cases when the shirts are uniformly colored or color-coordinated, they are worn with traditional Hawaiian quilt designs or simple plant patterns in muted, non-flashy colors. Aloha shirts manufactured for local audiences are considered to be a formal wear in business and government. They are deemed equivalent to a coat and tie that a person wears in the city. The origin of the shirts can be traced back to the early years of the Kingdom of Hawaii, upon the arrival of Congregational and Presbyterian missionaries to the Hawaiian Islands. The Christian settlers from New England imposed strict dress codes, and the native Hawaiians were forced to wear quick-sewn shirts made of various fabrics available to the missionary seamstresses at the time.

The production of the modern Aloha shirt rakes backs to early 1930s. A Chinese merchant named Ellery Chun started a shop called King-Smith Clothiers and Dry Goods in Waikiki. In his early days, he began sewing brightly colored shirts for tourists out of old kimono fabrics. The Honolulu Advertiser newspaper coined the term Aloha shirt to describe Chun’s fashionable creation, and this was widely accepted by the people.

Modern Aloha shirts are available with fanciful designs, such as a car and palm trees, all associated with tourists in Hawaii.