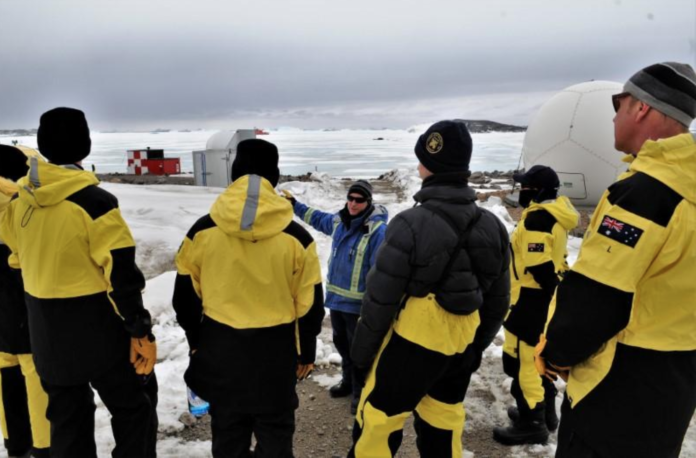 Australia’s southern island state of Tasmania is quarantining itself from the mainland to stop the spread of coronavirus – after Saturday anyone who enters, even from elsewhere in the country, will have to spend 14 days in isolation.

“We’ve got a moat, and we’re not afraid to use it,” read the front page of Tasmania’s The Mercury newspaper on Friday, after state premier Peter Gutwein declared a state of emergency and the “toughest border restrictions in Australia”.

Australia requires all people returning from overseas to self-isolate for 14-days and is banning all foreigners and non-residents from entering from Friday night, but no other state has imposed restrictions on domestic travel.

As of Friday, Tasmania had 10 cases of COVID-19, with no fatalities. The national total is 785 cases and 7 deaths.

The restrictions however will not apply to the Aurora Australis, carrying 55 Antarctic expeditioners and 26 crew, which is due to dock on Tuesday. Many of the expeditioners have spent 12 months living on sub-Antarctic Macquarie Island conducting scientific research.

As well as people travelling directly from Australia’s bases in Antarctica, Tasmania will exempt health, emergency and transport workers from its quarantine requirement.

Australia’s three bases on the Antarctic continent, Mawson, Davis and Casey, have been “completely cut off,” Clifton said.

“These expeditioners and the people on the International Space Station are probably the most secure people in the human population,” he said.

Tasmania is a one-hour flight or 10-hour ferry crossing from the mainland city of Melbourne, 445 km (275 miles) away.

Forty per cent of the island is wilderness or protected areas.

Qantas Airways is reducing flights to Tasmania from March 29, but the island’s ferry service will continue to carry freight to and from the mainland.

“We will have the essential supplies we need,” Gutwein told local media.

Tasmania-based Huon Aquaculture , which produces 19,000 tonnes of fish a year from coastal salmon farms, is classified as an “essential service” under the new border rules, which gives it priority access to freight space.

“Remember that everyone has to eat,” founder Peter Bender said in an email to staff.

“People might be unable to go to the pub, the movies, or visit a sporting venue but they still have to eat.”