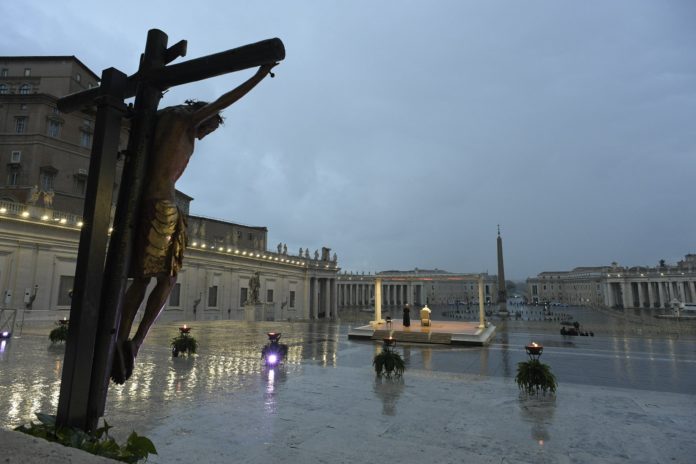 The Vatican says neither Pope Francis nor any of his closest aides are involved with six cases among Vatican residents or employees who tested positive for COVID-19.

Vatican spokesman Matteo Bruni has confirmed news reports earlier in the week that an official of the Holy See’s secretariat of state office tested positive for the coronavirus. Bruni also has confirmed that the official lives at the Santa Marta hotel where Pope Francis lodges, too.

The health condition of the official “doesn’t at the moment present any particular critical” aspects, according to Bruni. But as a precaution, the official has been admitted to a Rome hospital for observation.

Bruni says more than 170 COVID-19 tests have been conducted on Vatican employees and residents of the hotel. The Vatican hasn’t specified if Francis was testified. But Bruni added: “I can confirm that neither the Holy Father nor his closest collaborators are involved” with infected cases.