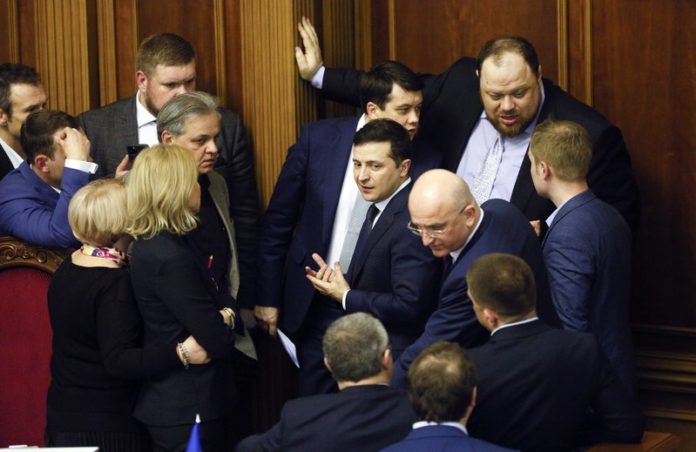 Ukrainian lawmakers voted no confidence in the country’s top prosecutor Thursday after the prime minister, foreign minister and defense minister all were replaced in a government shakeup this week.

The director of Ukraine’s state investigative bureau alleged that Ryaboshapka had blocked probes of hundreds of cases in the corruption-riddled country.

A new prosecutor general could be named next week.

Ryaboshapka announced last year that he was reviewing earlier investigations of the founder of the Burisma natural gas company, where the son of former U.S. Vice President Joe Biden served on the board for several years.

Hunter Biden’s connection to Burisma came under intense scrutiny and a focus of political debate in the United States.