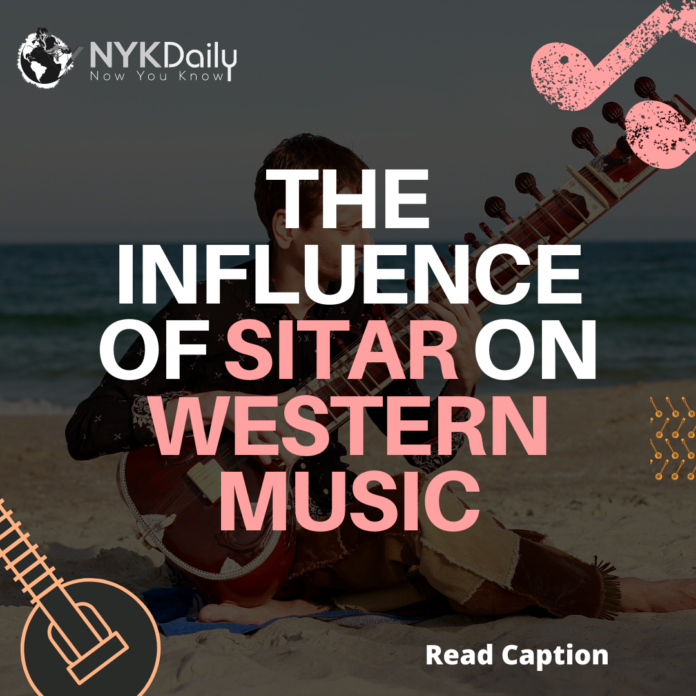 A modified form of Veena, Sitar was invented in India and flourished in the 16th and 17th centuries and arrived at its present form in 18th-century India. It derives its distinctive timbre and resonance from sympathetic strings, bridge design, a long hollow neck and a gourd-shaped resonance chamber. In appearance, the sitar is similar to the tanpura, except that it has frets.

Mainly used in Hindustani classical music, the sitar has been around for over 700 years or maybe even more. Made with a gourd body (often carved out of a pumpkin), the sitar comprises of the basic elements of a stringed instrument. It has a neck, pegs, strings and a body. A sitar can have 18/19 or 20 strings, it also has 11, 12 or 13 sympathetic strings of which 3 or 4 provide the drone and these are located underneath the frets.

Sitar was one of the most fascinating Indian Musical Instrument but it wasn’t used globally until 1960s. The music industry evolved and the very talented George Harrison brought Sitar to the Global Stage.

During a break filming Help, Harrison picked up a sitar and attempted to play it as a prop. After this incidental incident, he began getting lessons from the legendary sitar player Ravi Shankar. Later, in 1965, the Beatles produced the first released Western pop song to include the sitar – Norwegian Wood (This Bird Has Flown), in which George played the Indian instrument.Norwegian Wood became an instant sensation and the music listeners noticed this mystical instrument resonating in their ears.

The Beatles would go on to further display their influence from the sitar, scripting songs such as Tomorrow Never Knows, Across The Universe and many more. The Beatles didn’t just script songs, but history with spectacular display of a never before heard fusion of West and the East. Following their success with blending the sitar and popular music, other Indian instruments were introduced in their compositions, such as the tamboura and tabla.

Creating a very psychedelic effect on the music, many artists followed The Beatles use of the sitar and Indian instruments. Musicians such as The Rolling Stones, The Lemon Pipers, Donovan all found inspiration through the sitar.

Undeniably, the sitar has had a profound effect on popular music as we know it. Fusing the Hindustani Musical instrument with Western instruments has worked wonders and produced some memorable heart-stopping songs.