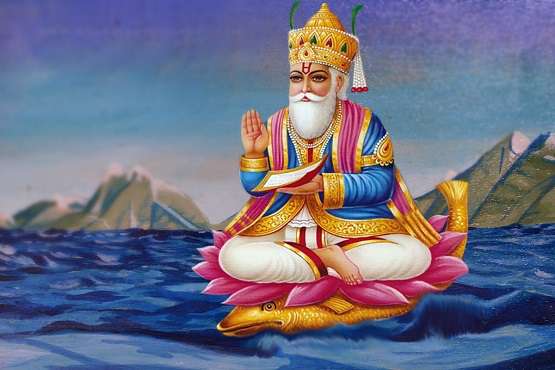 What is Cheti chand?

Cheti Chand is the Sindhi Hindu New Year and is celebrated on the second day in the Sindhi month of Chet.

In the Gregorian Calendar, it usually falls in late March or early April and generally takes place on the same day as Gudi Padwa in Maharashtra and Ugadi, which is celebrated as the Telugu and Kannada New Year in the Deccan region of India.

This auspicious date for Sindhi Hindus marks the beginning of the Hindu New Year.

The History of Cheti Chand

According to the Indian Subcontinent History, Sindh came to be ruled by the Sumras in the tenth century. Sindh was one of the most prosperous region under the rule of the Sumras. There were tremendous advances in Education, Healthcare and even Sanitation. The entire kingdom was peaceful with unity and harmony.

However, an invading Islamic tyrant named Mirk Shah threatened Sindhi Hindus to either convert to Islam or face the death. This was the beginning of forced conversion of Hindus by Islamic invaders. Sindhi Hindus prayed to the Water God for help. They fasted, prayed and sang devotional songs in praise of God Varuna. Their prayers were answered after 40 days. The water God promised them that a divine child would be born in Nasarpur who will save them from the tortures of Mirkshah.

The divine child took birth in the womb of Mata Devaki in the family of Rattan Rao Luhana of Nasarpur as “Uderolal.“ In Sanskrit ‘Udero’ means the one who has sprung from the waters. It is believed that the child was an incarnation of God Varuna. This child was later known as Saint Jhulelal as saviour God of Sindhi Hindus. Jhulelal transformed into a warrior and an old man who preached and reprimanded Mirkhshah that Muslims and Hindus deserve the same religious freedoms.

Jhulelal’s birth anniversary is till date celebrated on Cheti Chand by the Sindhi Hindus as Jhulelal Jayanti.

Celebration in the Current Era

On this historic day, many Sindhi Hindus takes Baharana Sahib, a representation of Jhulelal, to a nearby river or lake. Baharana Sahib consists of jyot (oil lamp), misiri (crystal sugar), fota (cardamom), fal (fruits), and akha. Behind is kalash (water jar) and a nariyal (coconut) in it, covered with cloth, phool (flowers) and patta (leaves)

Cheti Chand is celebrated with fairs, feasts and processions of icons of Jhulelal and other Hindu deities mainly in India and parts of Pakistan. It is also celebrated by the Sindhi Diaspora around the world.