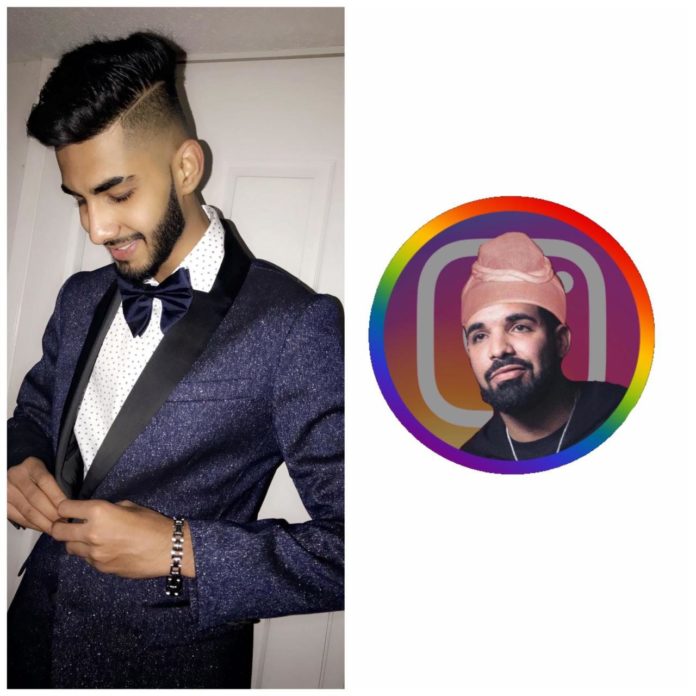 If you’re on Instagram, you probably know who Surrey Memes is. Surrey Memes are otherwise known as Sukhman Singh Gill, a 19-year-old who started his start-up in January 2019.

Surrey Memes is the home of entertainment, viral video, trending content and the latest news. It is the biggest Punjabi community in the world for a social media account. It is one of those companies based in Canada that has stimulated a different level of creativity in the entertainment and media/news world. it currently has over 120K Instagram followers right now which is a record high for being a new start-up. From a very young age, Sukhman Singh Gill always had a passion for digital marketing. His interest in this field is what drives him to do exceptional things in the field.

He was born in India but at a young age moved to Surrey, Canada with his parents. He has confidence that his experience in influencing and understanding the needs of the Surrey Memes is going to take him far since he knows how to do things and has shown this within few months with his start-up Surrey Memes. He’s a digital Marketer and his real name is Sukhman Gill, the guy behind some of the funniest memes on the Internet. Surrey Memes is a fictional character that grew into an internet culture icon. He defines what’s trending by creating and curating content in a unique point of view, tone, and humor that is loved and shared by a hundred thousand fans daily. Currently, branding promotion and digital marketing are becoming the essentials to succeed today for any company.

Smart work can help any businessman earn fast and big due to digital marketing and for that, you need a person with sound knowledge who can work smartly and make a solid campaign for online marketing, you need to know-how industries to take you from zero to millionaire. We are talking here about Digital Entrepreneur who drives business throughout the digitalis-ed world. Sukhman stated that “I’ve always been a fan of memes and followed a lot of meme pages on Facebook/Instagram, and just one day I thought about making one of my own. I started posting memes on Instagram and the account grew quickly to 100,000 followers. Back then it was impossible to predict that this would become a full-fledged business. The team operates Surrey Memes like a daily show.

We start by reviewing content submissions, checking out what’s new in pop culture and on the Internet in general, brainstorming and finally posting it on social media. Tons of celebs follow and engage with the posts where I talk to celebs via DM, for example, Pav Dharia, Sidhu Moosewala, Karan Aujla, Jassi Gill, etc. I and my team did some collaborations and we barely accepted any sponsorship offers until late 2019 to keep the brand authentic. Then we started forming brand partnerships at the beginning of 2020. We had more and more brands reaching out not to “advertise” but to actually be part of internet/pop culture. In this competitive world, you need to be smart to promote your brand and create a mark in this Digital world. We are working with most of the major music labels like Rehaan Records, White Hill music, Goldmedia on breaking new songs.

We are measuring incredible results in music. Memes and viral sketches are significantly affecting people’s music playlists and searches on Spotify and YouTube. Instagram is a great platform to start. Finding your niche, posting content daily, collaborating with other creators – these are known and important tips to follow. I believe however that people are usually missing three other important points. “First, being an influencer is the outcome of being an exceptional content creator. It’s all about the character, talent, voice and art expressed in your content. People with large followings but not great talent usually have no real influence. Second, look at data. Surprisingly, many influencers don’t pay enough attention to metrics. A lot can be learned by measuring and “listening” to what the audience actually likes and shares.

If one post got 1000 likes and a second one got 5000 likes, one has to figure out why. Third, don’t overvalue follower count. For many emerging creators, hitting one million followers is a goal. It’s a mistake. Having followers and engaged fans are two different things. Achieving the latter is the most important goal. That means that your audience sticks and follows you wherever you go”, sums up Sukhman. Sukhman is a very bright talented young person, and he is an inspiration to everyone. At such a young age and achieving so much. His success goes to his hard work and determination that he has continuously put in his work and on growing his brand.