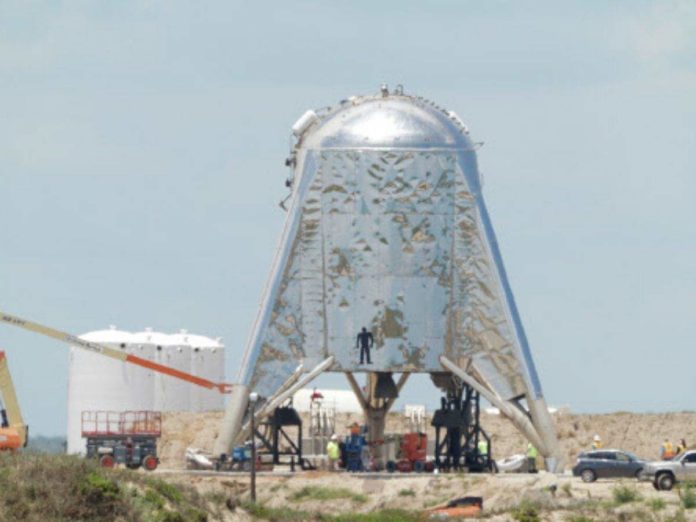 (IANS) A prototype for SpaceX”s Starship super-rocket appeared to burst during a pressure test on its pad at the company’s South Texas facility.

In the video, the version of Starship known as SN1 could be seen during a pressurization test was placed on the pad before liquid nitrogen was pumped into its tank to test if its improved steel structure can withstand cryogenic fuels. But before it could be completed, the prototype failed to contain the liquid nitrogen, sending the cylinder flying off its stand and crashing to leave behind a mangled pile of stainless steel, Florida Today reported recently.

The city of Port Isabel, Texas has also issued an advisory saying there were no injuries or chemicals were known to have been released.

As per report, Starship SN1 is a test article for SpaceX”s planned Starship and Super Heavy megarocket, designed to fly deep-space missions to the moon, Mars and beyond.

Earlier, SpaceX founder and CEO Elon Musk hinted that many of these prototypes will be needed to perfect the Starship vehicle.

“We are now building flight design of Starship SN1, but each SN will have at least minor improvements, at least through SN20 or so of Starship V1.0,” Musk wrote on Twitter couple of months back.

To recall, in January, SpaceX successfully launched an emergency abort system test above Cape Canaveral and into the Atlantic Ocean.

Additionally, NASA has recently selected SpaceX to provide launch services for the agency”s Psyche mission that would journey to a unique metal-rich asteroid, also named Psyche, which orbits the Sun between Mars and Jupiter.

The Psyche mission currently is targeted to launch in July 2022 on a Falcon Heavy rocket from Launch Complex 39A at Cape Canaveral Air Force Station in Florida, the US space agency said in a statement late Friday.