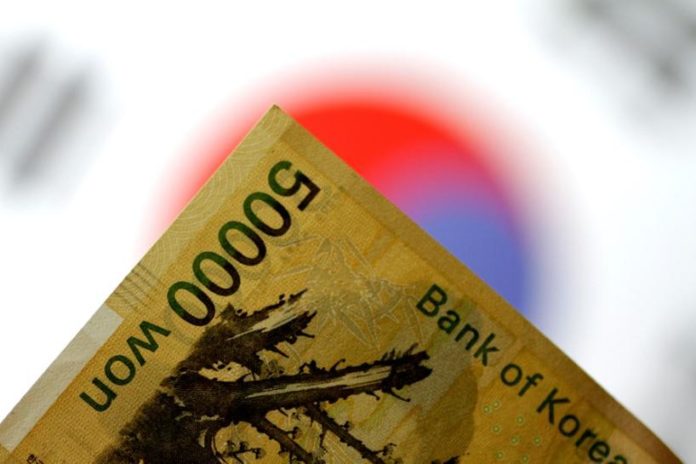 South Korea prepared crisis funds to put a floor under crashing bond and stock markets on Thursday as the coronavirus pandemic led to heavy sales of riskier assets worldwide and a scramble in emerging markets for the safety of U.S. dollars.

Central banks in emerging countries from Brazil to India have stepped in this week to buy bonds, to prevent a jump in borrowing costs and capital outflows. Authorities have also been tightening stock market trading regulations to halt the deepening rout.

The savage selloff in most markets is being driven by fears that business disruptions caused by the pandemic will plunge the global economy into recession and heavily stress banking systems.

Developed and emerging market bonds are being dumped on worries over deteriorating credit quality and a desperate need for companies and brokers to raise cash and stay liquid.

As Korea’s won KRW= slid 3 percent against the dollar on Thursday to an 11-year low and stocks .KS11 plunged more than 9%, its finance minister said crisis funds for both bond and equity markets will be reactivated.

The exact size of the funds and other details will be decided next week after meetings with head of local banks.

“It isn’t just an issue for us, but foreign investment is flowing out of the country across emerging markets and adding pressures to stocks and FX markets,” Kim said.

The comments come after the government on Wednesday relaxed one of its capital flow rules to inject more dollars into its banking system to ensure businesses can come through a funding crunch unscathed.

Most other Asian emerging market currencies and bonds have also been hit by the rush to secure dollar funding and the consequent rise in the dollar’s value.

Indonesia, whose high-yielding markets have significant amounts of foreign investment, saw the rupiah IDR= sink to its weakest level since 1998 on Thursday as its 10-year yields climbed a full percentage point in less than a month.

Its central bank has been intervening regularly this month via dollar supplies and bond purchases.

The Bank of Korea not only pumped cash into local brokerages but was also suspected of selling dollars on Thursday morning to slow the won’s decline..

The Korea Exchange said on Thursday circuit breakers were triggered on the benchmark KOSPI .KS11 as headed for what could be its sharpest daily fall since at least late 2008.

India’s rupee INR=IN hit a record low on Thursday, and its central bank has pledged to buy a huge amount of bonds on Friday.

The Philippines stock market slumped as much as 24% at one point and has lost more than a third of its value this year.

In Brazil, where the currency BRL= has fallen about 20% this year, the central bank cut rates on Wednesday by 50 basis points to a record-low 3.75%.