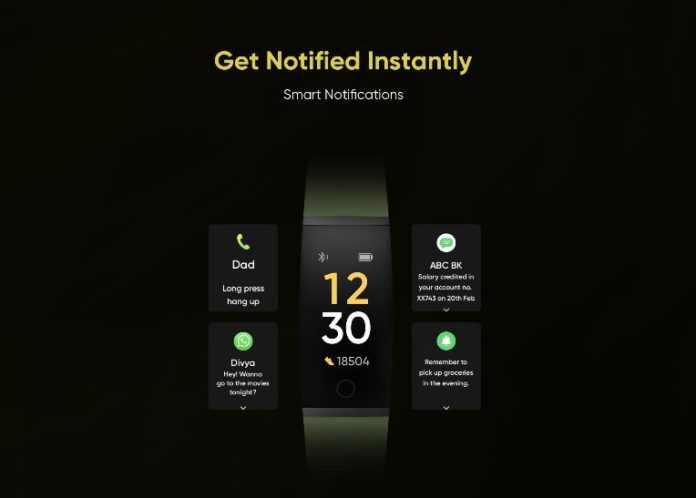 According to the teaser page, the Realme band will feature a color screen which will display notifications for calls, messages, and alarms.

The Realme band is listed to come with sleep tracking and real-time heart-rate monitoring as well as nine sports modes – biking, running, walking, hiking, climbing, yoga, fitness, spinning, and even cricket. The company says that the cricket mode is especially made for India.

The band will also have IP68 water resistance certification and come with a USB-A connector.

The Realme fitness band will take on Xiaomi”s Mi Band series as well as Honor and Huawei”s own fitness trackers.

Additionally, Realme was expected to unveil its smart TV on February 24 in Barcelona, Spain but with Mobile World Congress cancelled we don’t have a global launch date but now in an interview on YouTube, Realme”s Indian CEO Madhav Sheth revealed the smart TVs will arrive in India in Q2 2020.