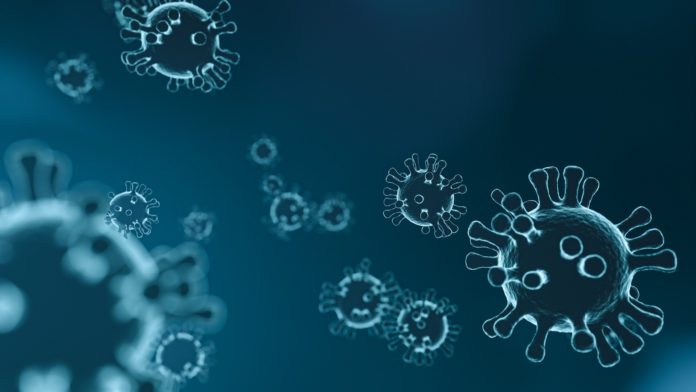 As the mass media focussed on the world’s growing political, social and economic chaos, the spread of the numerous viruses, now a pandemic, only made the inside pages for all these years.

Although the origins of the present outbreak is Wuhan in China, historical records show that numerous such viruses were already active and being spread many centuries earlier by the atheistic writings of the ancient Greek philosophers.

SO, let’s go a little deeper and find out exactly how the viruses originated on this planet, and how they evolved. This is purely a scientific take with proven theories. I will be adding the source for this article at last.

Viruses are old. They are on this planet for millions of years. Recent studies at the cellular level have revealed relationships between viruses infecting organisms from each of the three domains of life, suggesting viral proteins that pre-date the divergence of life and thus infecting the last universal common ancestor. This indicates that some viruses emerged early in the evolution of life,  and that they have probably arisen multiple times. It has been suggested that new groups of viruses have repeatedly emerged at all stages of evolution, often through the displacement of ancestral structural and genome replication genes.

There are three classical hypotheses on the origins of viruses and how they evolved:

Virologists are, however, in the process of re-evaluating all of these hypotheses.

One of the problems for studying viral origins and evolution is the high rate of viral mutation, particularly the case in RNA retroviruses like HIV/AIDS and maybe Coronavirus as well. A recent study based on comparisons of viral protein folding structures, however, is offering some new evidence. Fold Super Families (FSF’s) are proteins that show similar folding structures independent of the actual sequence of amino acids, and have been found to show evidence of viral phylogeny.

Thus viruses have been found to be capable of being divided into 4 FSFs; based upon the three realms of bacterioviruses, archaeoviruses, and eukaryoviruses, together with a fourth FSF that seems to indicate that it pre-dated the separation of the three realms.

The proteome of a virus, the viral proteome, still contains traces of ancient evolutionary history that can be studied today. The study of protein FSFs suggests the existence of ancient cellular lineages common to both cells and viruses before the appearance of the ‘last universal cellular ancestor’ that gave rise to modern cells. Evolutionary pressure to reduce genome and particle size may have eventually reduced viro-cells into modern viruses, whereas other coexisting cellular lineages eventually evolved into modern cells. Furthermore, the long genetic distance between RNA and DNA FSF’s suggests that the RNA world hypothesis may have new experimental evidence, with a long intermediary period in the evolution of cellular life.

Viruses have short life span, and many—in particular RNA viruses—have relatively high mutation rates (on the order of one point mutation or more per genome per round of replication). This elevated mutation rate, when combined with natural selection, allows viruses to quickly adapt to changes in their host environment. In addition, most viruses provide many offspring, so any mutated genes can be passed on to many offspring quickly. Although the chance of mutations and evolution can change depending on the type of virus (double stranded DNA, double stranded RNA, single strand DNA, etc.), viruses overall have high chances for mutations.

Viral evolution is an important aspect of the epidemiology of viral diseases such as influenza (influenza virus), AIDS (HIV), and hepatitis (e.g. HCV). The rapidity of viral mutation also causes problems in the development of successful vaccines and antiviral drugs, as resistant mutations often appear within weeks or months after the beginning of a treatment. One of the main theoretical models applied to viral evolution is the quasispecies model, which defines a viral quasispecies as a group of closely related viral strains competing within an environment.