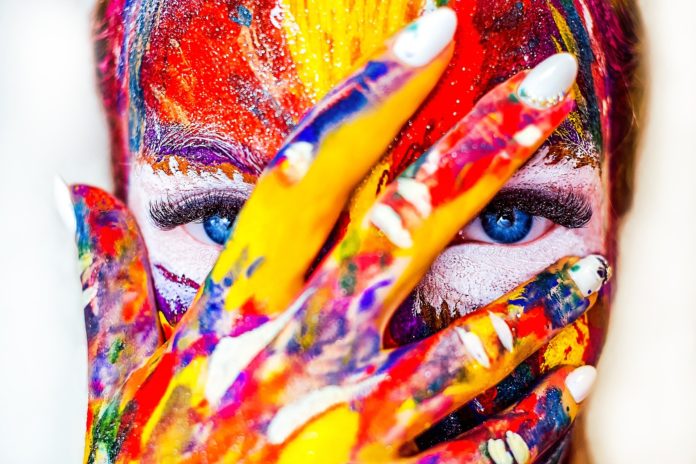 This is a long and challenging topic of research. I have been spending weeks surfing the internet and even talking to evolution experts to learn how exactly did eyes evolve. This is a strange yet exciting article and I am sure the curious ones will not want to miss this. Let’s begin.

What did the organisms started seeing things?

The first fossils of eyes found to date are from the Ediacaran period (about 555 million years ago). The lower Cambrian had a burst of apparently rapid evolution, called the “Cambrian explosion”. The Cambrian explosion or Cambrian radiation was an event approximately 541 million years ago in the Cambrian period when practically all major animal phyla started appearing in the fossil record. It lasted for about 13 – 25million years and resulted in the divergence of most modern metazoan phyla. The event was accompanied by major diversification of other organisms.

One of the many hypotheses for “causes” of the Cambrian explosion is the “Light Switch” theory: it holds that the evolution of advanced eyes started an arms race that accelerated evolution. Before the Cambrian explosion, animals may have sensed light, but did not use it for fast locomotion or navigation by vision.

The rate of eye evolution is difficult to estimate, because the fossil record, particularly of the lower Cambrian, is poor. How fast a circular patch of photoreceptor cells can evolve into a fully functional vertebrate eye has been estimated based on rates of mutation, relative advantage to the organism, and natural selection. However, the time needed for each state was consistently overestimated and the generation time was set to one year, which is common in small animals. Even with these pessimistic values, the vertebrate eye would still evolve from a patch of photoreceptor cells in less than 364,000 years.

Whether the eye evolved once or many times depends on the definition of an eye. All eyed animals share much of the genetic machinery for eye development. This suggests that the ancestor of eyed animals had some form of light-sensitive machinery – even if it was not a dedicated optical organ. However, even photoreceptor cells may have evolved more than once from molecularly similar chemoreceptor cells. Probably, photoreceptor cells existed long before the Cambrian explosion. Higher-level similarities – such as the use of the protein crystallin in the independently derived cephalopod and vertebrate lenses – reflect the co-option of a more fundamental protein to a new function within the eye.

A shared trait common to all light-sensitive organs are opsins. Opsins belong to a family of photo-sensitive proteins and fall into nine groups, which already existed in the urbilaterian, the last common ancestor of all bilaterally symmetrical animals. Additionally, the genetic toolkit for positioning eyes is shared by all animals: The PAX6 gene controls where eyes develop in animals ranging from octopuses to mice and fruit flies. Such high-level genes are, by implication, much older than many of the structures that they control today; they must originally have served a different purpose, before they were co-opted for eye development.

Eyes and other sensory organs probably evolved before the brain: There is no need for an information-processing organ (brain) before there is information to process. A living example are Cubozoan jellyfish that possess eyes comparable to vertebrate and cephalopod camera eyes despite lacking a brain.

The earliest predecessors of the eye were photoreceptor proteins that sense light, found even in unicellular organisms, called “eyespots”. Eyespots can sense only ambient brightness: they can distinguish light from dark, sufficient for photoperiodism and daily synchronization of circadian rhythms. They are insufficient for vision, as they cannot distinguish shapes or determine the direction light is coming from. Eyespots are found in nearly all major animal groups, and are common among unicellular organisms, including euglena. The euglena’s eyespot, called a stigma, is located at its anterior end. It is a small splotch of red pigment which shades a collection of light sensitive crystals. Together with the leading flagellum, the eyespot allows the organism to move in response to light, often toward the light to assist in photosynthesis, and to predict day and night, the primary function of circadian rhythms. Visual pigments are located in the brains of more complex organisms, and are thought to have a role in synchronising spawning with lunar cycles. By detecting the subtle changes in night-time illumination, organisms could synchronise the release of sperm and eggs to maximise the probability of fertilisation.

Vision itself relies on a basic biochemistry which is common to all eyes. However, how this biochemical toolkit is used to interpret an organism’s environment varies widely: eyes have a wide range of structures and forms, all of which have evolved quite late relative to the underlying proteins and molecules.