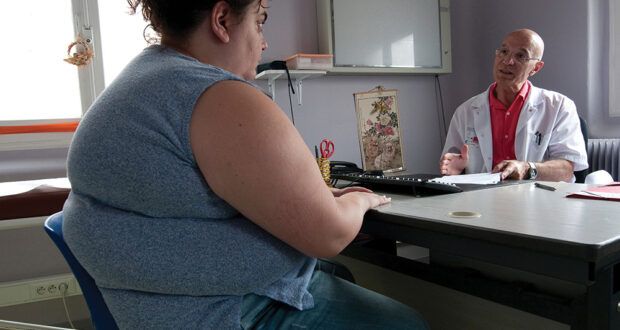 (IANS) Older workers with obesity are at a higher risk of prolonged sickness absence or losing their jobs for health reasons than those of normal weight, say researchers.

The study, published in the International Journal of Environmental Research and Public Health, also revealed that women were affected significantly more than men.

“Our study demonstrates the link between obesity and health problems that affect people”s ability to work, particularly in older female workers,” said study lead author Karen Walker, Professor at the University of Southampton in the UK.

“As a result, the burden of obesity in an aging population can be expected to hinder attempts to encourage work to older ages,” Walker added.

Obesity is a major and growing public health problem, with future projections estimating that there will be more than one billion people affected globally by 2030.

According to the researchers, being obese or overweight is a major risk factor for non-communicable diseases including diabetes; cardiovascular diseases; musculoskeletal disorders and common mental health conditions.

Although obesity is becoming more prevalent in children and adolescents, the highest prevalence is seen amongst men and women in their fifties, sixties and seventies, they said.

For the findings, the research team studied the association between body mass index (BMI) and prolonged sickness absence, cutting down at work and health-related job loss among 2,299 men and 2,425 women aged between 50 and 64 years.

The participants in the study reported their height and weight at the start of the study, and then provided information about their ability to work after 12 and 24 months as part of Medical Research Council”s Health and Employment after Fifty (HEAF) Study.

After analysing the data, the research has shown that women with obesity or severe obesity had greater odds of prolonged sickness absence compared with women of normal weight.

Those with severe obesity were also the most likely to cut down, avoid, or change what they did at work because of health problems and were almost three times as likely to lose their job because of their health.

Among the men taking part in the survey, there was a slightly increased risk of prolonged sickness absence amongst those with obesity but no evidence of an association between above-average BMI and health-related job loss, the study said.

“These results should give employers an incentive to introduce measures that can help their employees maintain a healthy weight,” Walker said.