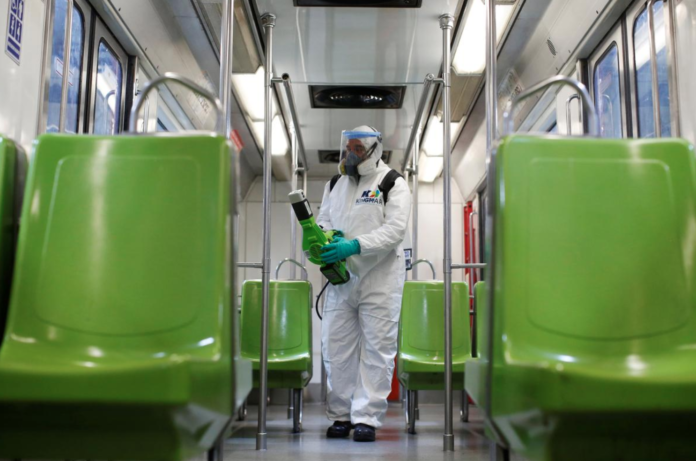 Mexican officials are dragging their feet on border closures and coronavirus containment measures, in what critics call a high risk strategy driven by bad memories of a shutdown a decade ago that deepened the country’s recession during the swine flu epidemic.

In Mexico City, however, tens of thousands of music fans rocked out to Guns and Roses at a festival at the weekend. President Andres Manuel Lopez Obrador also went on tour, hugging surging crowds of supporters and kissing babies.

The gamble is straightforward: Mexico’s economy was stagnating even before the COVID-19 outbreak shuttered factories worldwide and the government has said it wants to limit economic damage by not over-reacting.

Some Mexican scientists, receiving news of Europe’s growing lockdown, South Korea’s widespread testing and global travel bans, are increasingly worried that Mexico’s softly-softly approach could lead to a bigger epidemic down the road.

“I am worried that we end up in a situation like Italy, where measures weren’t taken on time, and the number of cases started to get away from them,” said Rosa Maria del Angel, who heads the Department of Infectomics and Molecular Pathogenesis at Mexico’s National Polytechnic Institute.

In 2009, a new strain of swine flu that emerged in Mexico raised fears of a global pandemic.

Authorities acted swiftly, shutting down public life in the densely populated capital, Mexico City, and swathes of the country. The silent streets foreshadowed scenes today in towns under lockdown from China to Europe and the United States.

The disease was quickly contained and normal life resumed within weeks, but by some estimates the response shaved a percentage point from that year’s economic activity. The economy, already reeling from the global financial crisis, ended 2009 contracted by more than 5%.

The lesson is not lost on the officials running Mexico’s response in 2020, many of whom were also involved in fighting the influenza epidemic. Mexico’s economy last year suffered its first recession since 2009.

“The economic loss was directly related, in the most past, to the disruption of tourism, trade and services,” said Deputy Health Minister Hugo Lopez-Gatell, who was a senior official in the epidemiology department during the flu crisis.

That is “why it is so important, with very careful precision, not to take pre-emptive actions that do not correspond to the magnitude of the risk,” Lopez-Gatell, who is now the public face of the government’s response, told reporters last week.

The finance minister and other senior officials have voiced the same sentiment, while Lopez Obrador has said he will continue public activities until Lopez-Gatell tells him to stop.

This week, the government announced initial measures, including more testing. It recommends school closures from next Monday and canceling cultural events with more than 5,000 people.

While nations from Canada to Peru have suspended flights or limited free movement, Mexico has yet to propose any restrictions on travel around or in and out of the country.