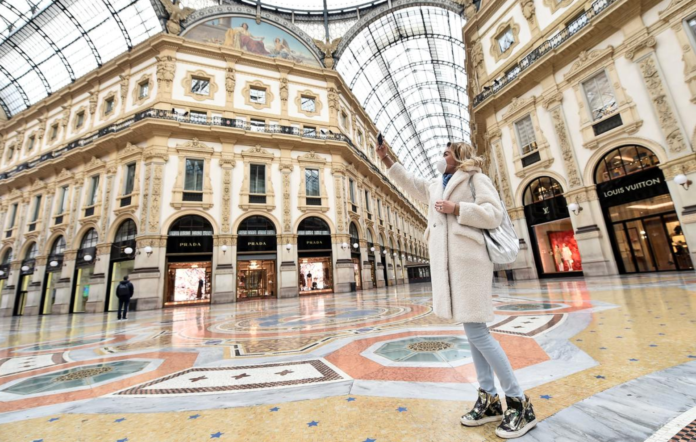 Italy woke up on to deserted streets in an unprecedented lockdown on Tuesday after the government extended quarantine measures across the entire country in a bid to slow Europe’s worst outbreak of the coronavirus.

The measures, announced late on Monday by Prime Minister Giuseppe Conte, widen steps already taken in the rich northern region of Lombardy and parts of neighboring provinces, clamping down on movement and closing public spaces.

“The future of Italy is in our hands. Let us all do our part, by giving up something for our collective good,” Conte said in a tweet, encouraging people to take personal responsibility.

For at least the next three weeks, people have been told to move around only for reasons of work, for health needs or emergencies or else stay at home. Anyone traveling will have to fill in a document declaring their reasons and carry it with them.

Large gatherings and outdoor events, including sports, have been banned, while bars and restaurants will have to close from 6 p.m. Schools and universities will remain closed until April 3.

“The whole of Italy is closed now,” was the headline in the Corriere della Sera newspaper.

As day broke, the streets of Rome were eerily much quieter than normal, with cars circulating freely under a clear blue sky in the normally traffic-clogged center, reflecting the atmosphere in the financial capital Milan, already under stricter controls.

People wearing masks in the streets of the capital was more widespread than before.

Shortly after the measures were announced, shoppers in Rome rushed to late-night supermarkets to stock up on food and basic necessities, promoting the government to declare that supplies would be guaranteed and urging people not to panic buy.

Shops are allowed to remain open as long as customers maintain a minimum distance of a meter between them.

The measures came after the latest data showed the coronavirus outbreak continuing to rise, with 9,172 positive cases recorded as of Monday and 463 deaths, the second highest-level in the world after China.

The World Health Organization has praised Italy’s “aggressive” response to the crisis, since the first cases emerged near Milan almost three weeks ago but the economic cost has been huge.

On Monday, the Milan stock exchange dropped over 11% and Italy’s borrowing costs shot up, reviving fears that an economy already on the brink of recession and struggling under the euro zone’s second-heaviest debt pile could be plunged into crisis.

Conte has already promised “massive shock therapy” to help deal with the immediate economic impact of the crisis and on Tuesday, Industry Minister Stefano Patuanelli said the government would approve measures worth around 10 billion euros.