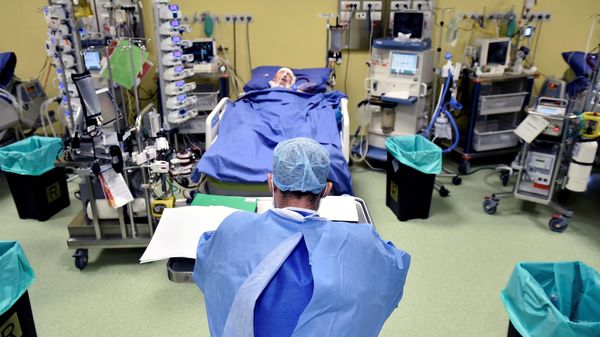 Italy recorded a shocking spike in coronavirus deaths Friday with 969 new victims, the worst daily record for any country since the pandemic began.

The infection rate however continued its downward trend, with the civil protection agency reporting nearly 86,500 confirmed cases in Italy — a 7.4 percent increase, down from around 8.0 percent in previous days.

The total number of confirmed cases rose to 86,498 from a previous 80,539, taking Italy’s total past that of China, where the coronavirus epidemic emerged at the end of last year.

In Italy, of those originally infected nationwide, 10,950 had fully recovered on Friday, compared to 10,361 the day before. There were 3,732 people in intensive care against a previous 3,612.

The hardest-hit northern region of Lombardy reported a steep rise in fatalities compared with the day before and remains in a critical situation, with a total of 5,402 deaths and 37,298 cases.

Friday’s cumulative death tally included 50 fatalities that actually occurred on Thursday in the northern Piedmont region, but whose notification arrived too late to be included in the official figures for March 26, the Civil Protection Agency said.

This has led to some confusion and means that some media outlets are reporting the Friday daily tally at 969, rather than 919.