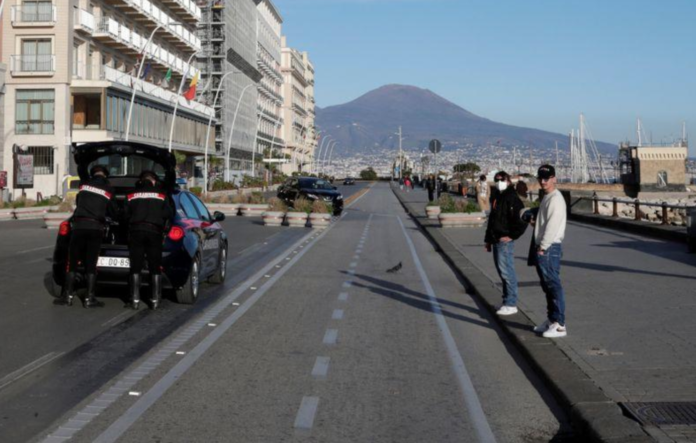 There were tailbacks of up to 80 km (50 miles) at the Brenner Pass through the Alps on the border between Italy and Austria as drivers were subjected to temperature checks before being allowed to proceed on the vital motorway link with Germany.

Austria introduced controls at the Italian border on Wednesday, denying entry to arrivals with only few exceptions, one of them being those driving heavy goods vehicles.

Italian business lobby Confindustria said the checks applied even if vehicles were just transiting through Austria on their way to Germany or elsewhere in northern Europe, putting fresh food deliveries and manufacturing supply chains at risk.

“The block on Italian goods vehicles to northern Europe is causing incalculable damage to our exports and to European trade,” Confindustria said in a statement.

The problems highlighted the growing economic cost of Europe’s deadliest coronavirus outbreak, which emerged in northern Italy some three weeks ago and which has prompted a virtual lockdown across the country.

While goods vehicles are allowed to circulate in Italy, non-essential travel has been banned, most shops have been ordered to close and people have been told to stay at home in measures of a kind not seen in Europe since World War Two.

Transport Minister Paola De Micheli said she had written to her Austrian counterpart to demand the border controls be lifted immediately and had written to the European Commission requesting it to intervene.

“We expect Austria to return the situation to normal by tonight, as the measures taken are totally unjustified,” she said in a statement.

An industry source said that even checks taking no more than a minute per driver caused almost “unmanageable” blockages in the mountain tunnels.

“It’s created a lot of tensions, especially at night when drivers break rules against overtaking and you get a complete breakdown,” the source said.

Austrian Interior Minister Karl Nehammer said controls were proceeding as planned, with 8,000 vehicles checked and 150 people turned away so far.

“Police, with health authorities, are proceeding very carefully here – spot checks on truck drivers, fever checks and at the same time making sure goods can cross borders well and quickly to ensure no supply bottlenecks,” he told a news conference.