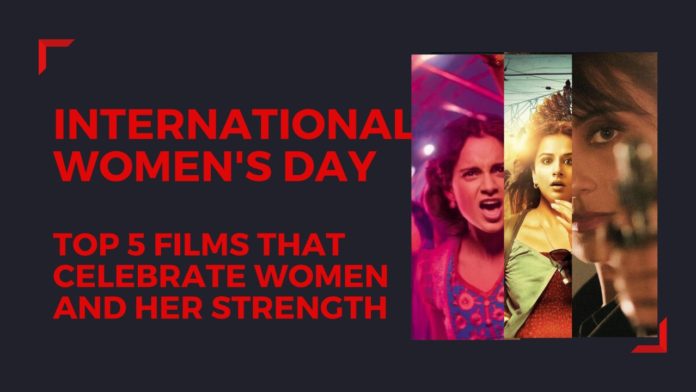 Last week while watching Greta Gerwig’s Little Women, one question that crossed my mind was – “Why did it took us so long to put strong women characters in the lead? Has this revolution finally happened in India too?”

In the 90s, most of the Indian filmmakers treated the female characters as a prop. Females were often used to sell films by portraying them as love interest of male actors and were mostly limited to three-four dance sequences.

21st century was different. Taking cue from west, females started to get strong characters. A fresh breeze started to blow when in 2011 Milan Lutharia and Ekta Kapoor came up with The Dirty Picture, starring Vidya Balan. The film primarily dealt with life of a South Indian bold actress and went on to become one of the most successful films of the year. It also got much critical acclaim and audience, for the first time, were presented with a big budget entertaining (and successful) film where female was the lead and the entire story revolved around her.

Also, films like Kahaani, Barfi! , Tanu Weds Manu were made which had strong female leads and were appreciated by the audience.

Here are the top 5 Hindi Language women centric films you should watch that talked about women and celebrated their courage, and strength.

Mardaani (released in 2015) is one of the finest crime action drama to be made in Bollywood. Rani Mukerji plays a brave heart lady inspector from the crime branch who stumbles upon a sex-trafficking racket in her city. Things get personal when her niece’s closest friend goes missing. Mardaani’s direction is top notch and with a kickass performance of Rani Mukerji this film elevates to another level. A sequel to this film also hit theatres last year.

NN10 is a rare gem. It’s dark, haunting and will leave you in. It’s the story of a couple on their vacation who witness an honour killing in Haryana. In the middle of a haunting and deserted land nearby NH10 the couple face their worst of fears and now the only option is to run from the men who won’t think twice before killing them. Film also questions patriarchy and Anushka’s acting in the climax will give you chills! Highly recommended!

Kahaani won 3 National Awards. And if you are still not convinced let me tell you the exciting plot- A pregnant Vidya Bagchi (played by a brilliant Vidya Balan) lands from London in Dussehra searching for her mysteriously missing husband. Little did she knew that her husband doesn’t exist in records and from there all hell breaks loose. Taking help from a local policeman she unfolds some pages that changes her life upside down. And wait for that climax which will send shiver down your spine. Kahaani is a cult!

Queen is a film that touched the heart of millions of people around the world and went on to become the first female centric film to enter the 100-crore club. Story of this film is about a girl who, after being rejected by her fiancé, goes to her honeymoon alone and rediscovers her lost identity. Kangana Ranaut got a national award for her effortless performance.

Pink is a strong commentary on the existing toxic masculinity and patriarchal mindset of the majority of India, where men and women are judged by a different yardstick. Will not tell you much about the plot but the story and courtroom scenes will shake you up (and your thoughts). The performances are terrific with Amitabh Bachchan and Taapsee Pannu leading the way. The film also gives you a message that whether a woman is a sex-worker, wife or slave, if she says ‘no’ to being touched, then no man has the right to force himself on her or to outrage her modesty.