Mistakes that Shaped the History of Zimbabwe

Aerosol particles below 3 nm can reach sizes having climatic impact 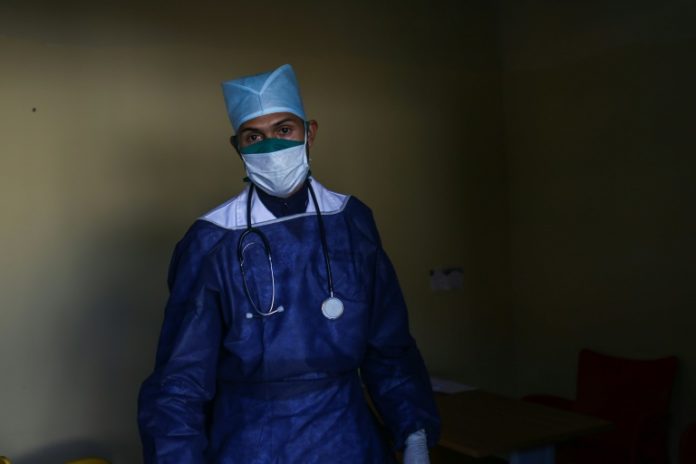 The International Monetary Fund on Tuesday rejected economically devastated Venezuela’s request for a $5 billion loan to help it cope with the onslaught of coronavirus on the country that an aid agency warned is as prepared as war-torn Syria.

President Nicolas Maduro made the request earlier Tuesday but, in a statement hours later, the Washington-based institution indirectly cited a dispute over Maduro’s leadership in denying his petition.

In a letter to IMF chief Kristalina Georgieva, Maduro said a $5 billion loan from the IMF’s Rapid Financing Instrument (RFI) “will contribute significantly to strengthening our detection and response systems.”

It was the country’s first loan request to the IMF since 2001.

“Unfortunately, the Fund is not in a position to consider this request,” because there is “no clarity” on international recognition of the country’s government, the Washington-based institution said in a statement.

“As we have mentioned before, IMF engagement with member countries is predicated on official government recognition by the international community, as reflected in the IMF’s membership. There is no clarity on recognition at this time,” the statement said.

More than 50 countries including the United States have not recognized Maduro for more than a year, after switching allegiance to opposition leader Juan Guaido who declared himself acting president.

Guaido branded Maduro a usurper over the president’s 2018 re-election in polls widely seen as fraudulent.

But US sanctions and other international pressures have failed to dislodge Maduro, who is backed by Venezuela’s creditors China and Russia and retains the support of the powerful military.

The RFI from which Maduro sought the assistance is a mechanism by which all IMF member countries can get financial assistance without the need to have a full-fledged economic program in place.

Venezuela’s health system is in tatters after five years of economic and political crisis that has sent millions of people fleeing for lack of basic staples.

“We hardly have five percent of the medicine stocks we need,” Douglas Leon Natera, head of the Venezuelan Medical Federation, told AFP earlier.

Jan Egeland, general secretary of the Norwegian Refugee Council, placed Venezuela in the same category as war-torn Syria and Yemen in its preparedness.

Like those countries, “there will be carnage” when the virus reaches parts of Venezuela given that “health systems have collapsed,” warned Egeland.

The country has 33 reported coronavirus cases, according to John Hopkins’ global tally, and Maduro has ordered a lockdown in the capital Caracas and six other states.

“At this crucial moment and aware of the high level of contagion of this disease, we will continue to take rapid and vigorous measures” to stop the advance of the pandemic, Maduro wrote in his letter to Georgieva.

“We are convinced that in permanent coordination with the WHO (World Health Organization) and the support among the countries of the world, we will be able to overcome this difficult situation.”

Security forces on motorcycles and in vehicles are patrolling the streets of the capital to enforce the containment measures and ensure only food stores remain open.

The country has banned flights to and from Europe, as well as Colombia, Panama and the Dominican Republic. It has also suspended school and university classes as well as sports events.