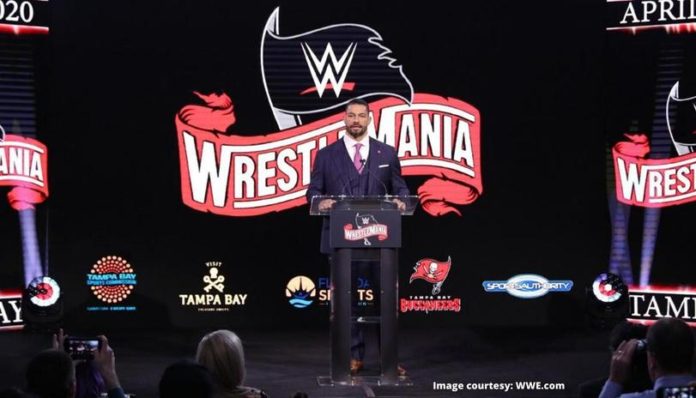 A recent article on FOX13 News stared at the possibility of WWE WrestleMania 36 being postponed at the least. WWE has been going back-and-forth with the Tampa Bay city government at this point.

“I’m hoping that Vince McMahon and WrestleMania and WWE make the call themselves but a week from now, if they’ve not done that and we’re still in the situation we’re in, we’ll probably have to pull the plug on that,” said Hillsborough County Commissioner Les Miller.

“I commend every sports franchise for erring on the side of caution. I hope the WWE follows suit. I don’t ever want to see people put profit over public safety.”

But WWE is standing firm, saying,

“While we remain committed to hosting WrestleMania at Raymond James Stadium on Sunday, April 5, we are putting contingency plans in place in the event that it is canceled by government officials, civil authorities and/or local venues.”

Of course, the cancellation of WrestleMania 36 would put $200 million of impact in jeopardy as the event attracts fans from all 50 states and nearly 90 countries. Other independent promotions will also be affected if the event were to be cancelled.