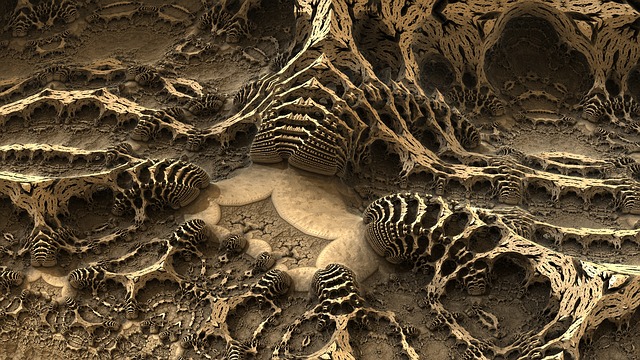 Fossils are the traces of the past animals and plants that have been conserved by natural processes, from spectacular dinosaur skeletons to sea shells.

For fossil formation to take place a series of fortunate events must occur. If any part of the series is missing, we will never see the fossil! In fact, fossilization is a rare occurrence. Nature tends toward recycling. That includes just about everything from plants and animals to rocks and minerals. Let’s narrow it down to just animals for a minute. Animals, dead or alive, are food for other animals. From insects to dinosaurs, an animal could be someone’s lunch! Any part of the animal’s body that isn’t consumed is usually scattered about; leftovers! Just like those leftovers in your fridge, these leftovers make great food for bacteria. In addition, these leftovers are exposed to the elements: sun, rain, and even the soil itself all help to breakdown and decompose the sturdiest of bones, shells and wood. So, if we are ever going to see a fossil, some very specialized events must intervene to ward off the natural process of decomposition. The following is the most common scenario for fossil formation:

How Are Fossils Formed? Death Is The First Step

To start with, an animal or plant must die in water or near enough to fall in shortly after death. The water insulates the remains from many of the elements that contribute to decomposition. An example may be helpful. Let’s say that a trilobite has died of old age on the bottom of the sea. Bacteria consume the soft body parts but leave the hard exoskeleton intact.

How are fossils formed? Step two is Sedimentation

As time passes, sediments bury the exoskeleton. The faster this happens the more likely fossilization will occur. Land and mudslides definitely help. River deltas are also good for quick accumulation of sediments. This further insulates our trilobite from decomposition.

The sediments themselves have a huge influence on how well our trilobite fossil turns out. Very fine-grained particles, like clays, allow more detail in the future fossil. Course sediments, like sand, allow less detail to show. The chemical make up of the sediments also contributes to the future fossil. If iron is present, it may give the rock a reddish color. Phosphates may darken the rock to gray or black. The possibilities are truly endless.

As the sediments continue to pile on, the lower layers become compacted by the weight of the layers on top. Over time, this pressure turns the sediments into rock. If mineral-rich water percolates down through the sediments, the fossilization process has an even better chance of preserving our ancient animal. Some of the minerals stick to the particles of sediment, effectively gluing them together into a solid mass. These minerals make an impact on our original trilobite as well. Over the course of millions of years, they dissolve away the outer shell, sometimes replacing the molecules of exoskeleton with molecules of calcite or other minerals. In time, the entire shell is replaced leaving rock in the exact shape of the trilobite.

As the continental plates move around the earth, crashing into each other, mountains are formed. Former sea floors are lifted up and become dry land. This is exactly what has happened to our trilobite. Now a fully formed fossil, our trilobite is buried under hundreds or even thousands of feet of rock! Thanks to the movement of the plates, our trilobite will come closer to the surface and nearer to discovery by some fortunate fossil hunter. Luckily, nothing stays the same.

Rain, wind, earthquakes, freeze and thaw all work toward erosion. The mountains that were built up are worn away over time. Our fossil trilobite once again sees the light of day! With a little wisdom about where to look and some luck, you may be the first one to find him!

What is the Reason for Heatwave in 2022?