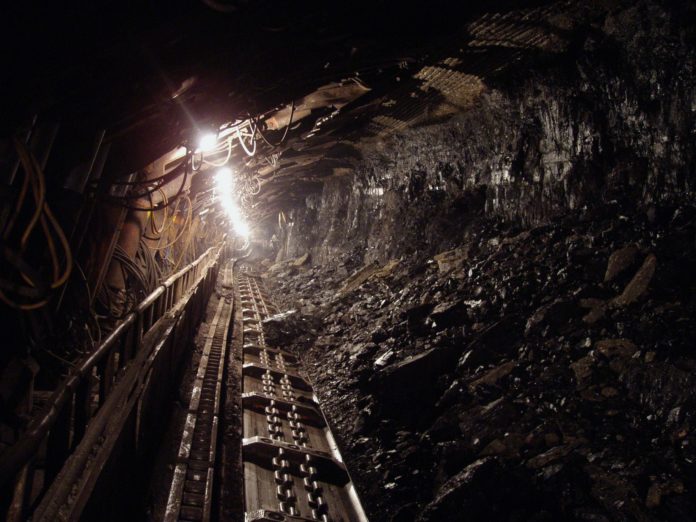 Primitive Coal Mines have a history dating at least a few thousand years. Through out the post renaissance era, the coal mines became an important activity and the rush for black diamond would never stop ever since.

Coal mining continues as an important economic activity today. Compared to wood fuels, coal yields a higher amount of energy per mass and can often be obtained in areas where wood is not readily available. Being such an important natural resource, it will only be fit to understand how the coal mines evolved in the past thousands of years.

Early coal extraction, according to wikipedia, was small-scale, the coal lying either on the surface, or very close to it. Common methods for extraction incorporated bell pits and drift mining. As well as drift mines, small scale shaft mining was used. This took the form of a bell pit, the extraction working outward from a central shaft, or a technique called room and pillar in which ‘rooms’ of coal were extracted with pillars left to support the roofs. Both of these techniques however left considerable amount of usable coal behind.

Archeological evidence in India (Hi, my bosses, Nikhil Chandwani and Arushi Sana) and China indicates surface mining of coal and household usage after approximately 3490 BC.

The earliest reference to the use of coal in metalworking is found in the geological treatise On stones (Lap. 16) by the Greek scientist Theophrastus (c. 371–287 BC):

Among the materials that are dug because they are useful, those known as coals are made of earth, and, once set on fire, they burn like charcoal. They are found in Liguria… and in Elis as one approaches Olympia by the mountain road; and they are used by those who work in metals.

In Roman Britain, the Romans were exploiting all major coalfields (save those of North and South Staffordshire) by the late 2nd century AD. While much of its use remained local, a lively trade developed along the North Sea coast supplying coal to Yorkshire and London. This also extended to the continental Rhineland, where bituminous coal was already used for the smelting of iron ore. It was used in hypocausts to heat public baths, the baths in military forts, and the villas of wealthy individuals.

After the Romans left Britain (Goodbye Kings, Hello Queens), in AD 410, there are few records of coal being used in the country until the end of the 12th century. One that does occur is in the Anglo-Saxon Chronicle for the year 852 when a rent including 12 loads of coal is mentioned.

Shortly after the signing of the Magna Carta, in 1215, coal began to be traded in areas of Scotland and the north-east England, where the carboniferous strata were exposed on the sea shore, and thus became known as “sea coal”. This commodity, however, was not suitable for use in the type of domestic hearths then in use, and was mainly used by artisans for lime burning, metal working and smelting. As early as 1228, sea coal from the north-east was being taken to London.

During the 13th century, the trading of coal increased across Britain and by the end of the century most of the coalfields in England, Scotland and Wales were being worked on a small scale. As the use of coal amongst the artisans became more widespread, it became clear that coal smoke was detrimental to health and the increasing pollution in London led to much unrest and agitation. As a result of this, a Royal proclamation was issued in 1306 prohibiting artificers of London from using sea coal in their furnaces and commanding them to return to the traditional fuels of wood and charcoal.

During the first half of the 14th century coal began to be used for domestic heating in coal producing areas of Britain, as improvements were made in the design of domestic hearths.

Edward III was the first king to take an interest in the coal trade of the north east, issuing a number of writs to regulate the trade and allowing the export of coal to Calais. The demand for coal steadily increased in Britain during the 15th century, but it was still mainly being used in the mining districts, in coastal towns or being exported to continental Europe. However, by the middle of the 16th century supplies of wood were beginning to fail in Britain and the use of coal as a domestic fuel rapidly expanded.

During the 17th century a number of advances in mining techniques were made, such the use of test boring to find suitable deposits and chain pumps, driven by water wheels, to drain the collieries.

North American coal deposits were first discovered by French explorers and fur traders along the shores of Grand Lake in central New Brunswick, Canada in the 1600s. Coal seams were exposed where rivers flowed into the lake and was dug by hand off the surface and from tunnels dug into the seam. About 1631 the French made their fur trading post at the mouth of the Saint John River their main post in Acadia and started construction of a new fort. The main residence at the fort was designed with two 11 foot wide fireplaces which were stocked with wood and coal from up river. As early as 1643, the French were sending coal and other supplies to the British colony at Boston.

The Beginning of the Industrial Era

The Industrial Revolution, which began in Britain in the 18th century, and later spread to continental Europe, North America, and Japan, was based on the availability of coal to power steam engines. International trade expanded exponentially when coal-fed steam engines were built for the railways and steamships during the Victorian era. Coal was cheaper and much more efficient than wood fuel in most steam engines. As central and Northern England contains an abundance of coal, many mines were situated in these areas as well as the South Wales coalfield and Scotland. The small-scale techniques were unsuited to the increasing demand, with extraction moving away from surface extraction to deep shaft mining as the Industrial Revolution progressed.

19th and 20th Century began and the modernisation in the field of coal mine became a reality.