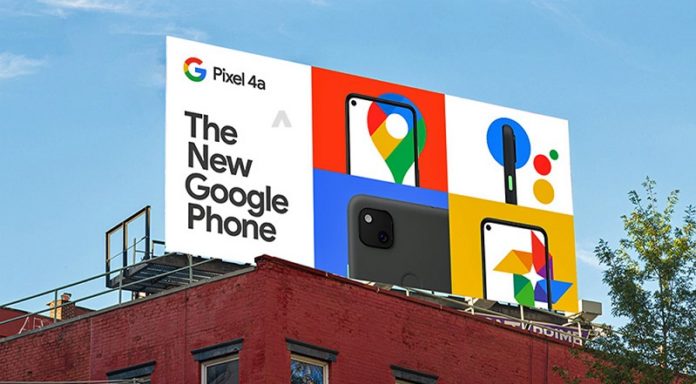 (IANS) Famed leakster Evan Blass has tweeted images of billboard ad mockups for the upcoming Google’s Pixel 4a smartphone and one of which says that the starting price of the device will be $399.

The mockups also confirm the design of the handset including the punch hole on the display, a single camera at the back and a physical fingerprint scanner.

In terms of specifications, the device is likely to pack in the Snapdragon 730 chipset, which will be backed by 6GB of RAM, and 64GB of non-expandable internal storage.

YouTube channel TechnoLike Plus recently shared an extensive hands-on with the purported midrange device, showing the new design with that smudge-laden matte plastic black back casing, which also includes a rear fingerprint scanner.

According to the new leaks, the Pixel 4a has tried to match the design of the standard Google Pixel 4 very closely.

But unlike the Pixel 4’s dual sensor at the back, the budget 4a is likely to have a single 12MP sensor that can record 4K video, in addition to a rear fingerprint sensor, 3.5mm headphone jack, and the same USB-C port and bottom-facing speakers.

There’s a hole-punch selfie camera in the display and may come with a 3,080mAh battery.