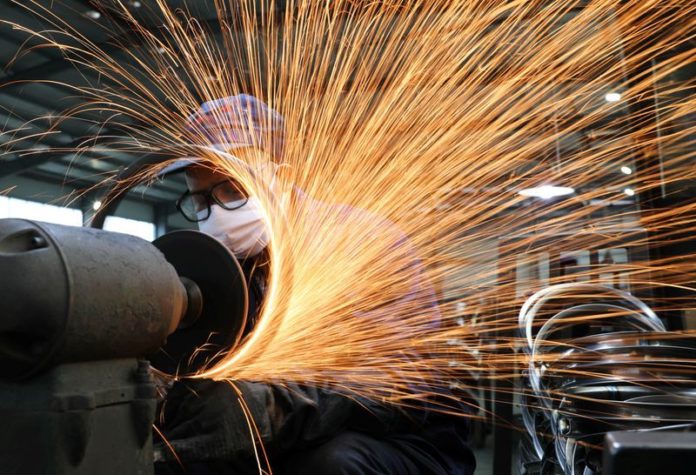 Goldman Sachs cut its estimate for China’s first quarter gross domestic product to a year-on-year contraction of 9% from a previous forecast of 2.5% growth, citing “strikingly weak” economic data in January and February.

China’s factory production plunged at the sharpest pace in three decades in the first two months of the year, data on Monday showed, as the coronavirus pandemic disrupted the world’s second-largest economy.

With the pathogen spreading rapidly in other countries, growth outside of China is expected to slow significantly in the second quarter, with any recovery in Chinese economic activity likely to be constrained, Goldman wrote in a note on Tuesday.

Goldman said it did not expect GDP to return to the pre-virus trend until the third quarter.

It lowered its full-year GDP forecast to 3% growth from a previous estimate of 5.5%.