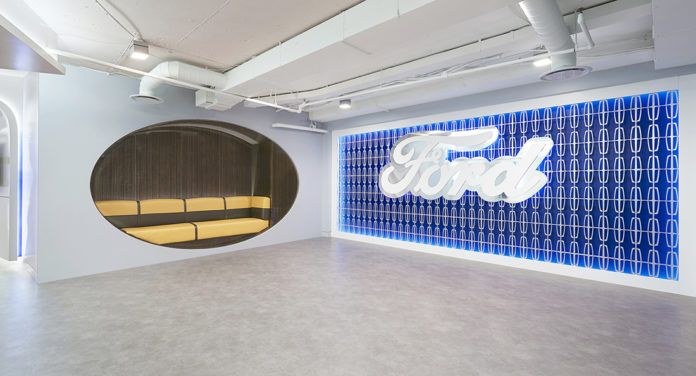 Ford Motor Co is putting more chips on a bet that it can profit from selling electric vans to delivery businesses that need to reduce carbon emissions.

Ford will roll out an all-electric version of its Transit van for North America in model year 2022, mirroring the timetable for launching a similar model for the European market, the company said on Tuesday in conjunction with the NTEA Work Truck Show in Indianapolis.

“Our electric bet as a company is different than our competitors,” Ford Chief Operating Officer Jim Farley said in an interview. “The most critical bet we will be making over the next several years will be our commercial vehicles.”

Two of three electric vehicles Ford has announced as part of an $11.5 billion investment in electrification through 2022 are aimed at commercial customers – the Transit and an electric version of the company’s best-selling model, the F-150 pickup.

The electric Transit and F-150 will play in market segments Ford dominates in the United States and Europe.

“Half of the vehicles doing work in the U.S. are Ford Motor Co vehicles,” Farley said. Ford is also the No. 1 commercial vehicle brand in Europe, and has led the commercial van market in Britain, which is Europe’s largest, for 55 years.

Regulators in Europe and in some U.S. cities are stepping up pressure on businesses to replace diesel or gasoline-fueled delivery vans with electric models to reduce pollution in city centers.

In the United States, Amazon.com Inc, has ordered 100,000 electric delivery vans from start-up Rivian, the first of which will be delivered in 2021 and built in Normal, Illinois. Ford has a separate partnership with Rivian.

The electric Transit will not be related to the Rivian van, said Ted Cannis, Ford’s director of electrification.

The new Transit will be an early test of the company’s efforts to deploy new connectivity technology and services to go with it, Farley said.

Supplier sources who asked not to be identified said Ford will launch production in late 2021, with plans to build around 2,000 that year and increase to 14,000 annually by 2023.