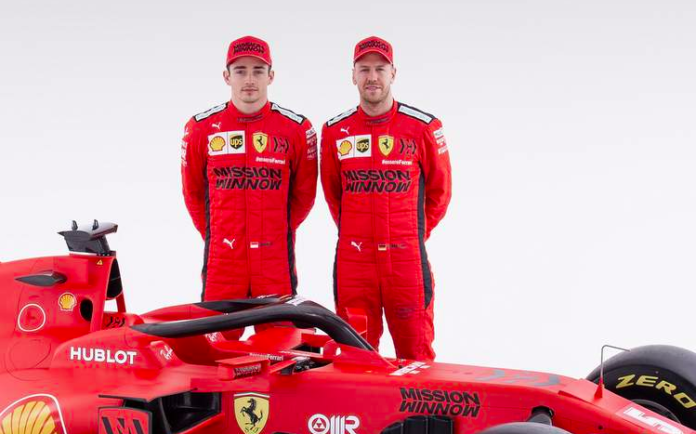 Charles Leclerc was cautiously optimistic at the beginning of the 2020 Formula 1 season, telling reporters in Australia that he believed he had the speed to take the fight to Lewis Hamilton and his rivals this season, and claim the ultimate prize.

Asked on Thursday at the Albert Park Circuit, Melbourne, if his aim for the title was realistic, considering this is only his third season in Formula One, Leclerc replied: “It’s always difficult. I think Lewis is very, very strong at the moment, and I’ve still got a lot of things to learn. But I think the speed is there, and I’ve shown it on my good weekends. Now it’s all about consistency and I’m trying to do the best job I can to work on that and to be better at that. And then yes, I think we’ve got chances.”

Leclerc finished fourth in the rankings in 2019, one place and 24 points higher than fellow Ferrari driver Sebastian Vettel. The Monaco born driver said he was feeling more comfortable and confident within the team, now that he’s finished an year with Ferrari and especially after a strong preparation in the winters during which he signed an extension on his Ferrari contract till 2024.

“Coming to here, it’s obviously a bit different for me compared to 12 months ago,” said Leclerc. “I know everyone in the team, I know how the team is working and I feel also a lot more ready. I’ve prepared myself more than ever during the winter season. I knew what to expect, so I know what to prepare for, and I think this has made quite a big difference. So I definitely feel more ready in general, and I can’t wait to be back in the car.”

When asked about how the SF1000 will perform in the first race of the season at Australia, Leclerc said the team had achieved their target of adding more downforce in comparison to last year’s SF90, implying the machine to be “quite quick around the corners” although not as fast in a straight line.

He emphasised, “As I said in Barcelona, we added downforce on the car and as a result we lost speed on the straight. But that’s what we expected. Now, time will tell if we did it too much or not. But for sure, we are going quite quick around the corners.”

Well, with McLaren out of the Australian GP, only time will tell how Leclerc performs and we wish him the very best for his ambitious plans of attaining the Title for 2020.