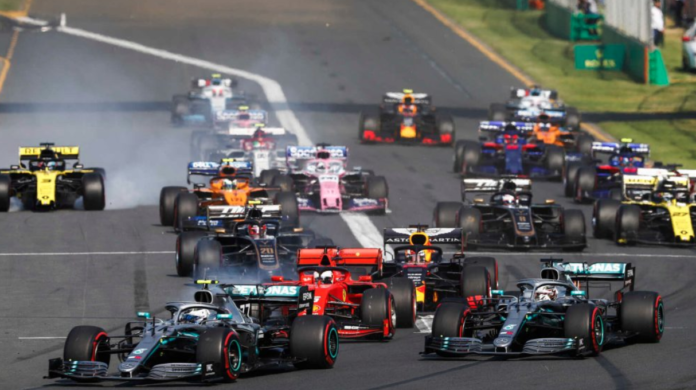 Those who follow auto racing religiously are already aware that the F1 season is just around the bend.

A brand new iteration of the most prestigious race league in the world starts on March 15th with the Australian Grand Prix, zooming and vrooming for eight months before the season ends in Abu Dhabi.

There has been some fear that the opening race at Albert Park Circuit would be canceled or at least delayed due to the Wuhan CoV19 scare. But organizers insist that the event will go off without a hitch. This year’s Australian GP will mark the 25th race in Melbourne.

According to officials, the final details are being added and Formula 1 personnel and freight will be arriving in the next couple of days. The public can enter on March 12th.

So far, the only race to be postponed is the Chinese Grand Prix. The Chinese GP was scheduled to run on Sunday, April 19th, but has been delayed until further notice. That said, things are looking good for the March 22nd date in Bahrain, and for the Vietnamese Grand Prix in Hanoi, Vietnam.

It won’t come as a surprise to most that British driver, Lewis Hamilton is the odds on favorite to win in Australia. The highest we’ve seen him is 5/4 or +125. But most sites have Hamilton listed at 1 or even money.

Last year, it was Valterri Botta who took the checkered flag with Lewis Hamilton placing second, a whole 20.886 seconds behind. Max Verstappen filled out the podium with a time of +22.52.

In 2018, it was Sebastian Vettel who took the checkered and once again Lewis Hamilton riding the second-place spot. This time though, he was only a smidge over five seconds behind. Kiki Raikkonen took third. In 2017 the results were similar, Vettel finished first with Hamilton in second, but this time Bottas in third and Raikkonen in 4th.

In 2016 Hamilton placed second as well. So, he seems to qualify first here but has made a habit of coming up just shy of the win.

Last year, he took his third straight Driver’s Championship adding to his tally of six total. Schumacher has 7. There is no doubt that Hamilton is chasing this number, and he has all the momentum in the world, five Driver’s Championships in the last six seasons. He will be extra motivated to get that 7th title now, as the new rules coming into play in 2021 will be game-changers that will make it much harder for Hamilton to continue his un-checked reign of dominance.

And he is favored to win the 2020 Driver’s Championship, and heavily so at -163. He could win at Melbourne, but I have a feeling that he’ll come in second yet again. This is actually a good thing if you want to lay a few bucks on the Brit winning his 7th Championship because it will stretch out the odds a bit, giving you a better return on your money.

Let’s face it, under these rules, it isn’t likely that he doesn’t have another dominant season. His teammate is a fantastic driver but by no means the No. 1 guy at Mercedes. I do believe it will be a closer affair this season, with Verstappen, and Bottas in the mix up until a final couple of races, but I predict Lewis Hamilton gets his 7th and ties the legend, Schumacher in 2020.