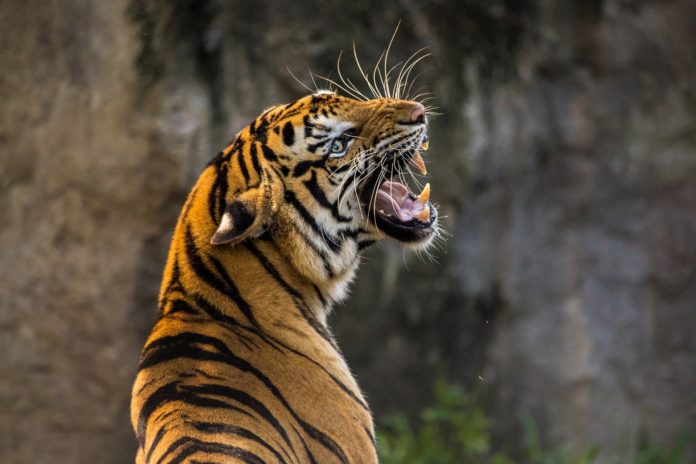 Around 8 years ago, precisely in 2012, I got a chance to explore Kanha National Park in Madhya Pradesh, India. This was the time when I met the Co-Founder of this magazine, Nikhil Chandwani, who started as a writing assistant with a production house which did shows for Discovery I guess. I was heading the Creative Division for National Geography Network in Asia-Pacific region. Nikhil was our escort for Kanha National Park as his city was in close proximity with the forest. I believe he was 20 back then. I vaguely remember how he tried to describe an Indian Alu Porota to us. He would go on asking questions about our work and how we pull things off. I had never seen a more ambitious young guy. To keep this in brief, he wanted to learn everything from our crew and replace us. I loved his ambitions. Little did I know, I would work for his magazine eight years later. Time flies.

Let’s get to the article.

Kanha Tiger Reserve, also called Kanha-Kisli National Park, is one of the largest tiger reserves of India situated in Madhya Pradesh, in the heart of India. The present-day Kanha area is divided into two sanctuaries, Hallon and Banjar, of 250 and 300 km2 (120 sq mi)> respectively. Kanha National Park was created on 1 June 1955 and in 1973 was made the Kanha Tiger Reserve. Today it stretches over an area of 940 km2 (360 sq mi) in the two districts Mandla and Balaghat.

Kanha National Park is a popular destination among the tourists for its breath taking beauty of diverse flora & Fauna. The varied topography with a moderate climate nurtures the growth of a rich flora in Kanha National Park. Approximately 70 species of trees are found in Kanha. The vegetation in the park mainly consists Sal forests, large Bamboo stretches and the green meadows. The unique flora in the park assists an ample variety of wildlife in the Park.

You can find herds of spotted deer in Kanha. One may easily spot small herds of beautiful Antelope, the Black Buck. If you are lucky enough, you can also find timorous Barking Deer which is also considered an indicator whose snapping warns other animals of the forest that a predator is around. There is also a very strong possibility to find a rare Barasingha, the Swamp Deer. While prying to see a tiger, one can easily catch glimpses of the grazers, Porcupine Grey Langurs, Mongoose, Hyena, Jungle Cat, even a Leopard. Other wild attractions include variety of Deer such as the Barasingha, Chital or Spotted Deer, Chousingha, Nilgai as well as the majestic Gaur or Indian Bison and my favorite wild Pig.

Nagpur at 150-kms is the convenient railway station to visit Kanha. Jabalpur at 175-Kms is also convenient.

Kanha National Park is connected by road with places like Jabalpur, Khajuraho, Nagpur, Mukki & Raipur. Nearest areas within the park are Koshi- Kanha (9- kms), Koshi – Katia (4-kms), Koshi-Mukki (32-kms). There are regular to and fro bus service available for the visitors.

Nagpur at 150 Kms is the nearest Airport to visit Kanha National Park and is connected to various domestic airline services with Mumbai and Delhi.