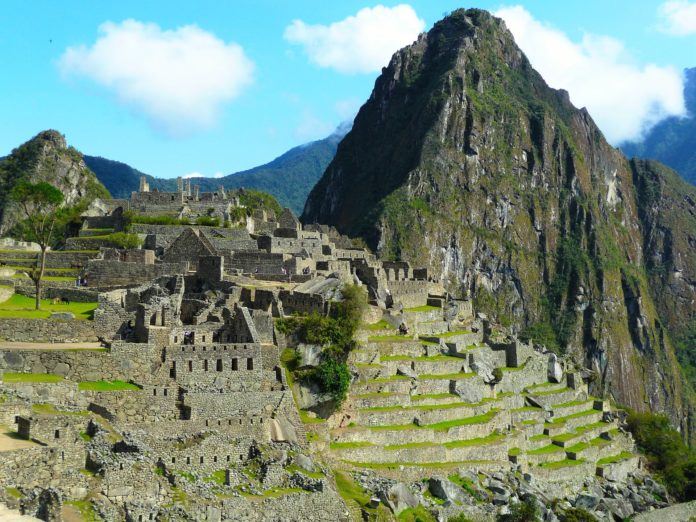 The people who lived at Machu Picchu knew what they were doing and had a rather advanced culture. But, what happened to them? Did the ‘advanced’ Inca Civilization at Machu Picchu get the flu (maybe Coronavirus?), or experience a devastating pandemic? It’s possible that due to the high-altitude and cold saw some sort of flu that ended that civilization because their lung capacity would have already been challenged up there.

If we ask some pandemic flu researchers about this, they are likely to say no, the flu did not kill them off. Why? Well, many of the scientists studying the flu viruses have jumped onto the Global Warming Band Wagon, and tried to come up with reasons that would prove that such pandemics will increase as the climate’s ambient temperature does too.

In fact, in a paper written by Guang Wu, “What These Trends Suggest?” he states how hotter temps could cause greater mutation of the flu strains, which would challenge human immune systems. But, I indeed have a question for those who conclude this;

Well, what do you say to someone who said that warming periods are generally times for increased life and more species mutations and offshoots of their genetic-trees in climates that were perhaps once cold? Not a time of species dying, rather multiplying in numbers and types.

After all, mutations of proteins, thus DNA would also mean more chances to cause new designs from all the junk DNA inside the species? Could it lead to species dying out? Yes, but it also would lead to more variety too, thus, more life, and Darwin could take it from there.

Now then, the Swine Flu in Mexico City happened at a higher than normal altitude from where most humans live in the greatest population densities. More people died in Mexico City than in other areas where Swine Flu has continued.

Additionally, in Bolivia’s capital city the Swine Flu killed many. These two areas have something in common; Poor water supplies, polluted water, and high altitude. And the people have corn in their diets, lots of it. The people in Machu Picchu had corn in their diets and we do not know for sure about their clean water challenges, but this is perhaps of interest.