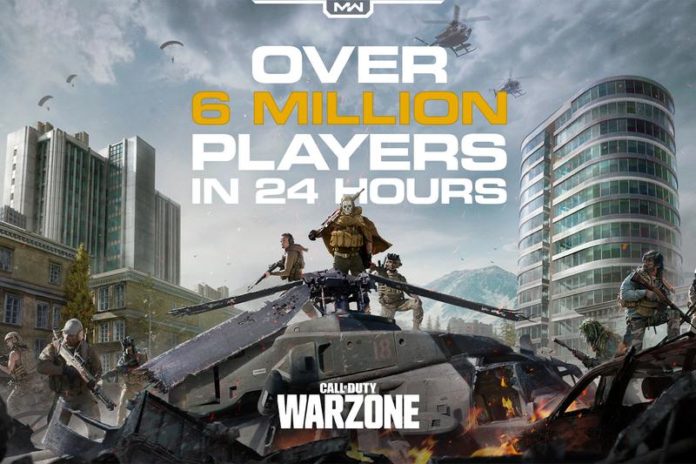 (IANS) The new battle royale mode for Call of Duty called Warfare has seen over 6 million players joining within 24 hours of the game”s release across various platforms.

“What a day! 24 hours in and over 6 million of you have dropped into #Warzone. Thank you – we”re just getting started. #FreeCallofDuty,” the company tweeted on Thursday.

Warzone is a massive combat arena, set in the expansive and dense city of Verdansk, where up to 150 players will battle for victory, across two distinct epic modes of play, Battle Royale and Plunder.

For owners of the full version of Call of Duty: Modern Warfare, Warzone will replace the previously named ”Classified” panel in the Main Menu.

Additionally, Call of Duty: Mobile earlier confirmed that Zombies mode will be removed from the game as of March 25, on account of the game”s creators finding it to be lacking in quality.