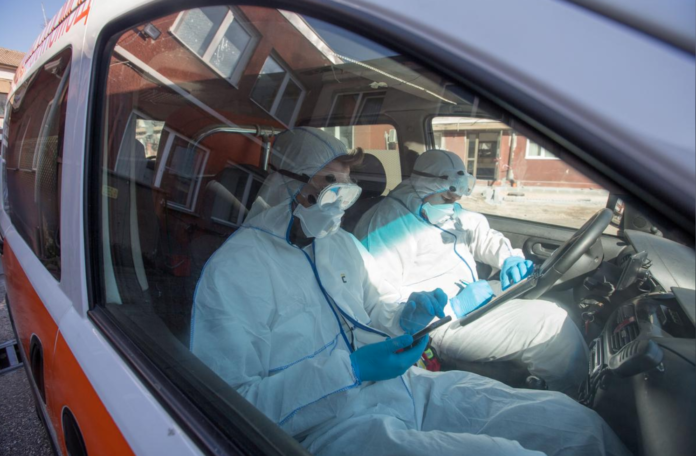 Thousands of Bulgarians came out onto their balconies on Sunday night to applaud doctors and nurses at the front line of the coronavirus crisis in a sign of unity and support.

Prime Minister Boyko Borissov announced on Sunday that all medics involved in treating coronavirus patients will receive a bonus of 1,000 levs ($566) per month.

Bulgaria’s confirmed cases more than doubled to 52 over the past few days with a nine-year-old child from Britain becoming the latest confirmed coronavirus infection on Monday. Two people have died from the infection.

The country has declared a state of emergency until April 13, closing schools and banning mass gatherings.

Thousands of people in the capital Sofia and dozens of other cities stood at their balconies shining lights from their mobile phones in a display of support for the medics following an appeal on social media.

“We all started clapping at 9 o’clock,” Irena Yankova from the northern town of Pleven told Bulgarian national radio. “Our neighbors did the same. And the neighbors, living in the next block to us, also started clapping. The feeling is indescribable!”

Two men from Pleven were among Bulgaria’s first four cases of the coronavirus.

“We support the medics at the front line and all people who are close to the infected people,” Yankova said.

Officials said the health system was holding up as Bulgarian industry is producing protective masks and outfits for medics.

Bulgaria’s hospitals, suffering from a chronic shortage of nurses – many of whom have left the European Union’s poorest member state to seek better pay in the west – have already started to hire volunteers to help treat patients.