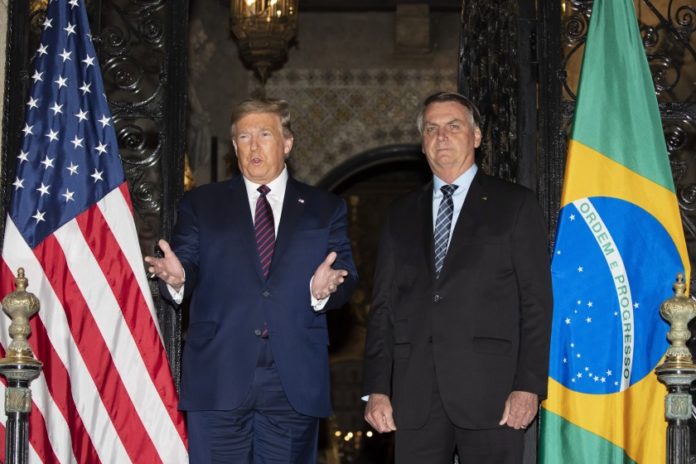 A Brazilian government official who attended an official meeting at Donald Trump’s resort in Florida on Saturday and posted a photo of himself standing next to the U.S. president is being tested for coronavirus, the Folha de S.Paulo newspaper said on Wednesday.

Fabio Wajngarten is Brazilian President Jair Bolsonaro’s communications secretary and he accompanied the far-right leader on a visit to Florida that included dinner with Trump at Mar-A-Lago.

In response to the article, Wajngarten wrote on Twitter that he is healthy. However, he did not deny that he tested for the virus after returning to Brazil.

In the column of journalist Monica Bergamo, the newspaper said Wajngarten was tested for coronavirus at the Albert Einstein Hospital in São Paulo on Wednesday and the result would be ready on Thursday. She did not cite any sources.

A spokesperson for the hospital could not confirm or deny the report. Wajngarten did not respond to requests for comment nor did Bolsonaro’s office.

“Despite what the rotten media have already said about my religion, my family and my company, now they are talking about my health. But I am well,” Wajngarten tweeted.

In the photo he posted on Instagram, Wajngarten is standing next to Trump wearing a “Make Brazil great again” cap. Vice President Mike Pence was next to Trump.

Brazil’s Health Ministry has so far reported 52 confirmed cases of the virus that the World Health Organization has now labeled a pandemic, but has not had any deaths.