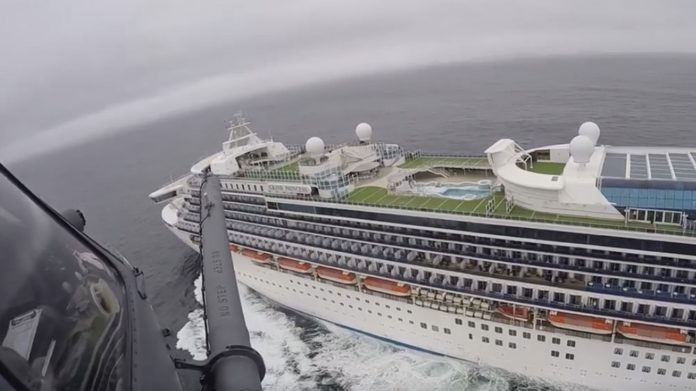 A cruise ship with 609 people on board has been isolated in Brazil’s northeastern port of Recife since Thursday morning after a passenger showed symptoms similar to those of the new coronavirus, according to the Department of Health in Pernambuco state.

A 78-year-old Canadian man with fever, coughing and breathing difficulties was sent to a private hospital in the state capital Recife after disembarking.

The remaining 318 passengers and 291 crew members will be kept in isolation in their cabins.

Brazilian pharmaceutical regulator Anvisa immediately suspended disembarkation and requested the return of those who had already left the ship.

“As a preventive measure and additional health control, port management also prohibited the vessel’s garbage from being discharged,” Pernambuco’s health department said in a statement, adding that the pier is isolated.

The vessel, with the Bahamas flag, came from Salvador. If confirmed, the new case will add to the 77 already registered in Brazil.