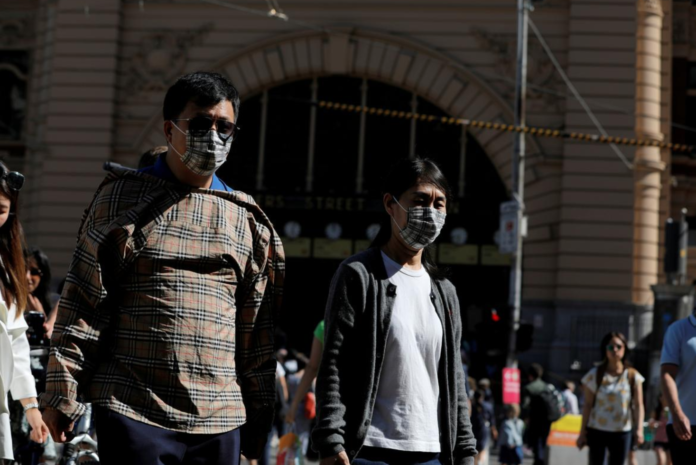 Australia advised all its citizens abroad who want to return home to do so immediately because of disruption caused by the coronavirus.

“As more countries close their borders or introduce travel restrictions, overseas travel is becoming more complex and difficult,” the Department of Foreign Affairs and Trade said in updated guidance posted on its website on Tuesday.

“You may not be able to return to Australia when you had planned to.”

Australia has already urged citizens to refrain from going abroad. The updated advice was issued after Prime Minister Scott Morrison met with state and territory leaders to discuss strengthening restrictions on public gatherings.

The government has banned gatherings of more than 500 people, but several state leaders are pushing for the ban to extend to any event with more than 100 people.

Representatives for Morrison did not immediately respond to requests for comment.

Australia has from Monday required anyone arriving from overseas would be required to self-isolate for 14 days. It has stopped short of taking tougher measures such as closing schools or imposing curfews.

The measures are expected to restrict tourism yet further. The Sydney Opera House, a national symbol, said it would suspend all performances until the end of the month. Australian Fashion Week, music festival Splendour in the Grass, all Cricket Australia matches and the World Surf League were all canceled as the number of cases of coronavirus topped 400.

Despite Australia lagging behind other countries in the number of coronavirus cases, officials are growing increasingly concerned about exponential growth in infections. New South Wales, the most populous state, on Tuesday recorded its highest one-day rise in infections so far.

Tourism accounts for 3% of Australian’s economy. Tourism Minister Simon Birmingham said the government planned to do “everything we possibly can” to help tourism businesses, and left open the possibility of a bailout for Qantas Airways Ltd and rival Virgin Australia Holdings.

Qantas said on Tuesday it was cutting international capacity by around 90% until at least the end of May. Virgin announced deep capacity cuts last week.

The Australian Financial Review said Australia will offer refunds and waive fuel excise duties – measures worth A$715 million ($430 million) to help the industry.

“We will recover,” Birmingham said. “We will come out of the coronavirus and we have to make sure that we have our tour operators, our tour attractions, all of our critical tourism infrastructure and businesses able to step up and be part of that recovery as quickly as possible so that we get people back into jobs and we get funds flowing back through our economy.”

Parliament will sit next week to pass a proposed A$17.6 billion stimulus package, but the number of elected officials returning to Canberra for sessions in the house will be cut by 40% to reduce the chances of spreading the virus.

The central bank, which earlier this month cut interest rates to a historic low, has also promised extra support. It said on Monday it will unveil new measures on Thursday, as it as it pumped more liquidity into the system.

Speculation is rife Thursday’s announcement would include an out-of-cycle cut to the RBA’s cash rate to 0.25% together with unconventional policy measures.

“Those Australians who are likely to lose their job over the coming weeks and perhaps months will need appropriate levels of support so that we can come back stronger and better on the other side,” he told the Australian Broadcasting Corporation on Tuesday.