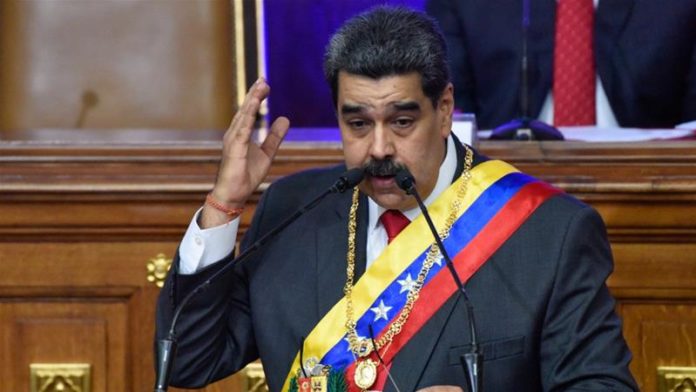 According to New York Times, Venezuelan President Nicolás Maduro of Venezuela was indicted in the United States on Thursday in a narco-terrorism and cocaine trafficking conspiracy in which prosecutors said he led a violent drug cartel even as he amassed power.

The indictment of a head of state was highly unusual and served as an escalation of the Trump administration’s campaign to pressure Mr. Maduro to leave office after his widely disputed re-election in 2018. Mr. Maduro has led Venezuela’s economy into shambles and prompted an exodus of millions of people into neighboring countries.

Attorney General William P. Barr announced the charges on Thursday at a news briefing along with the head of the Drug Enforcement Administration, and the top federal prosecutors in Manhattan and Miami.

Mr. Maduro condemned the charges, accusing the United States and its ally Colombia on Twitter of giving “the order to fill Venezuela with violence.” He declared that he would not be defeated.

In addition to Mr. Maduro, more than a dozen others were charged, including Venezuelan government and intelligence officials and members of the largest rebel group in Colombia, the Revolutionary Armed Forces, known as FARC, which has long drawn its financing from the cocaine trade.

The chief justice of Venezuela was also charged with money laundering and the country’s minister of defense with drug trafficking, Mr. Barr said. The charges were contained in four separate indictments, two filed in New York and one each in Miami and Washington, Mr. Barr said.

The Treasury Department has also accused Diosdado Cabello, the former president of the National Assembly and one of Mr. Maduro’s closest allies, of narcotics trafficking “and other corrupt activities.”

And two of Mr. Maduro’s nephews are serving prison sentences in the United States following convictions on drug charges. In that case, prosecutors said the nephews — sometimes called the “narcosobrinos” in Venezuela — attempted to bring in $20 million in drug money to assist their family in staying in power.