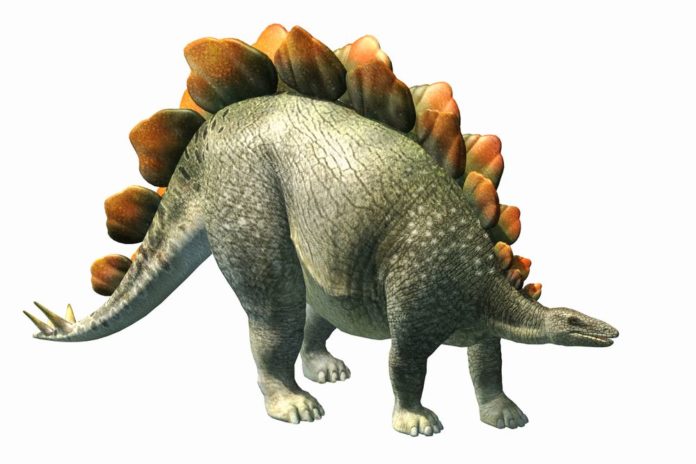 Stegosaurus is one of the most easily identifiable dinosaur, due to the distinctive double row of kite-shaped plates rising vertically along the rounded back and the two pairs of long spikes extending horizontally near the end of the tail.

Of course, knowing what an animal looks like, and haven seen its picture in books, is not quite the same as knowing about the real animal. So how much do we really know about Stegosaurus? Actually more than you might suppose, especially when you consider the fact Stegosaurus was alive in the mighty Jurassic period between 163.5 and 100.5 million years ago.

Here are some interesting things to know about about Stegosaurus: