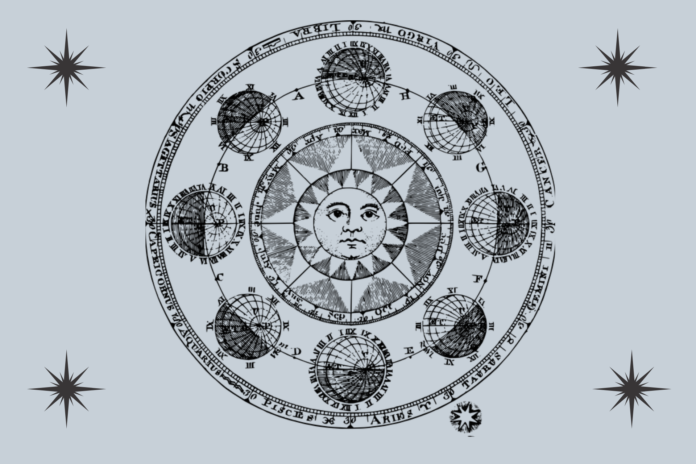 Zodiac Signs and their compatibilities have been followed since long by people around the world, and most couples count on Astrology when they are about to take important steps in life. Some also resort to checking the compatibility of Zodiac Signs before proposing to their crush, so they know when to be safe.

What if your crush isn’t The One? Read on to know if you’re one of these zodiac couples!

Aries and Scorpio are both hot headed who are quite drawn to each other sexually but are almost always in uncivilised disagreement about everything outside the bedroom. But, physical intimacy is very important to people belonging to both the signs, they continue with the relationship only due to the intense physical attraction and tend to ignore the other problematic aspects of their relationship.

Cancer is unabashedly attracted to the cold yet aloof Aquarius, mesmerised by their caring attitude surprisingly found in a devil, which is a sharp contrast to a Crab’s sentimental nature. Aquarius too finds itself being drawn to Cancer. But, their relationship is toxic because they are unable to give each other what they want. Neither can Cancer give Aquarius the space he/she needs, nor does Aquarius have the emotional depth/intelligence to make Cancer feel secure.

Sagittarius is carefree, laid back and warm. Capricorn is firm, intimidating, workaholic and tough to mould. Surprisingly, this difference in their personalities creates a sexual tension between them and leads them to explore. But once this stage of physical exploration passes, the aura of mystery that initially drew them to each other is nowhere to be found and their relationship can get boring due to not having any common interests and starkly opposite outlooks to life.

On a cursory glance, Pisces seems to be very similar to Gemini. Seemingly agreeable, they are flaky too, like Geminis and avoid engaging too deeply with anyone. Thus, while this attracts them to each other, it’s certainly not enough to keep the boat afloat for a long time. Gemini needs tons of space, and Pisces being a water sign can suffocate the flittering Gemini – it can be fun for a while, but in the long run, the emotional unavailability and airiness of a Gemini wouldn’t be found in a Pisces.

The haughty and courageous Leo, full of pride, is quite intrigued by the mysterious aura of a Scorpio, who seems to possess the confidence Leo aims to have. A Scorpio’s unpredictable emotions is something to watch out for, but they boldly set out together to clear the mystery of this sign, only to find themselves losing. A constant power struggle between the two and both signs trying to control the relationship makes it unsalvageable in the end.

The Leo is considered to be the king of the zodiac, in all it’s majesty but the Capricorn can be considered as the CEO, owing to it’s statuesque personality. They consider each other as worthy partners, pretty much like ticking the list and are attracted to each other because of the picture-perfection they see. Capricorn also looks for the warmth exuberating from the Leo’s benevolence and fire element to allow their repressed emotions to awaken, while Leo is mystified by Capricorn’s shy nature. But, Capricorn has the need to constantly criticise which destroys Leo’s self-confidence and Leo’s constant desire for attention turns off a Capricorn.

Both Gemini and Virgo are Mercury-ruled mutable signs, who do have a lot in common. They are both clever, witty, and brilliant orators/communicators. But, Virgo is an Earth sign that is fundamentally different from Gemini belonging to an Air sign. Gemini can be suffocated by Virgo, and bogged down by their behaviour, whereas Gemini’s confusing personality can make Virgo feel ‘rootless’.

Aries and Taurus are accidentally attracted to each other. This is because planet Mars is the ruler of Aries Venus is that of Taurus. Also, the true partnership/love of Aries is Libra, which is also ruled by Venus – but not Taurus. This is because their elements of Fire and Earth, don’t mix well. The independent Aries can be very suffocated by Taurus, while Aries is too rough with the innocent Taurus. All in all, it’s a pair which has to struggle to stay together.

Disclaimer: These are astrological opinions and may differ from person to person.