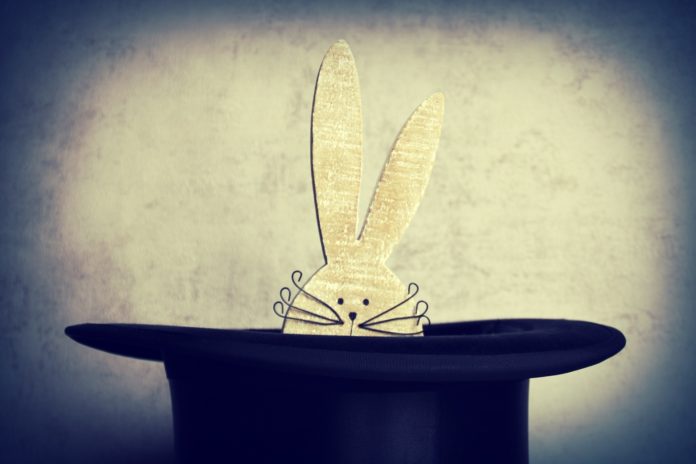 Have you ever been to a magic show, sitting there mesmerized as you asked yourself, “How did they do that?” As you know, magic is more an illusion, creating the vision that something is happening although it is not. While magicians use many different tools of the trade, one of the most popular is the invisible thread. Trying to get magicians to divulge their secrets associated with the invisible thread is near impossible.

However, we do want to provide you with some highlights and tips about the top seven magic trick tips performed using invisible thread.

What is “Invisible Thread”?

The first of the seven magic trick tips using invisible thread is to understand what it is. This type of thread is actually a
very fine stand of nylon used primarily for getting small objects to levitate. For years, magicians worked with invisible
thread and their hands only, meaning they had to be very precise in their movements for the magic tricks to appear flawless. Today, magicians can use an invisible thread reel, which not only dispenses the thread but it is also designed to retract it.

Because of this, the magician is able to maintain a constant tension on the line so there are no mishaps in the performance.

The second tip when using a thread reel is to use the appropriate size. Since different objects need different types
of control, thread reels are made in a number of different sizes. Typically, the longer the tube the more distance you
will get from the reel while the more tension the less distance.

For magicians, the idea is to use the smaller size invisible thread reels for close-up work opposed to a larger reel for
distance. As far as size, a stage reel is capable of extending 35 feet, which means a magician could easily perform a “floating bill” trick in the center of a room with no nearby walls. However, if you want to really impress a crowd, you could perform the same floating bill trick outdoors simply by anchoring the reel to the ground. With this, it would appear the trick was impossible and the crown cheers.

Third on the list of seven trick tips using invisible thread is using the right tension. As you pull the invisible thread out
of the reel, there will be an increase in tension. What happens at some point is that the pull will become too much for the thread, causing it to break. If you want to put more tension on the thread reel, wind more of the invisible thread into a wax ball. What you do not want to do is add additional winds on the elastic, which would only make it cumbersome.

Next on the list is insight into working with floating objects. When using invisible thread for a magic trick, keep in mind that you want something that is light enough not to sag by putting too much weight on the thread. The key is to choose objects that you can easily move and maintain in a position in space, which is why the floating bill is such a popular choice. Other choices to use an invisible thread magic trick include ring fingers, an empty soda can, etc. The greatest benefit of using a thread reel is that when you walk away from your floating object, you are actually transferring energy to the reel, which can then be used to make the bill float from the floor to your hand – magically.

Next, to use invisible thread, you have to know how to use correct lighting. If you are a magician or just practicing to
be one and you want to perform tricks with the invisible thread, remember that lighting is crucial. The two main factors to consider when using the thread reel are light source and clothing. Typically, the best conditions for a magic trick with invisible thread are cloudy days and the worst, direct lighting that comes from behind you. With this, the light will only reflect off the thread, thus being seen by the audience. For clothing, anything dark will serve as a backdrop for the thread, thus making it easier to see. For this reason, you should go with lighter, non-reflective type clothing. Magic is always fun and with some practice, you will soon learn a number of magic tricks with invisible thread, perfect for entertaining family and friends.

The sixth of the seven magic trick tips using invisible thread has to do with methods of performing the tricks, such as the Hoop Pass. This is actually considered one of the greatest tricks you can do with the invisible thread reel, which involves passing a solid hoop over a bill. The key is to use a ring with a relatively thick stock, which will put less strain on the thread as it goes over the metal hoop. Lay the hoop on the thread so it is between you and the floating bill. Then, with your hand, scoop the ring through so the thread is now on the back of the left hand. Next, use the right hand to pass the hoop over the bill. To complete the trick, all you do is let the thread slide off from the back of your hand. Remember, this is just one of many methods used with the invisible thread, so have fun practicing them all.

The final tip is that whatever trick being performed using invisible thread and/or a reel, it should never kill the effect.

In other words, you want to keep your audience wanting more. If you carry a trick on too far, you will lose the interest of the audience so it would be far better to keep the tricks short and sweet. In addition, put some meaning and emphasis in your performances to leave your audience with a memory of your magic ability. We recommend you use the invisible thread late in your show, which will end the performance on a fun note.