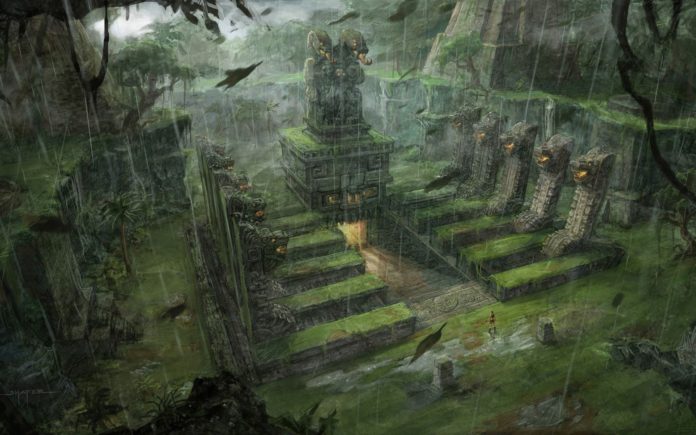 Civilisations have piqued the interest of historians around the world, but the ancient Mayan Civilisation has by far been one of the most mystical ones. Archaeologists have faced difficulties in excavation there due to the thick Central American jungles surrounding the area.

Today, with the help of technology, a group of scientists have come together and uncovered more than 60,000 Mayan structures that were previously unknown to mankind. This breakthrough has changed everything archeologists previously knew about this marvellous culture.

Around 800 sq. miles of the Guatemalan forest were surveyed using a laser technology called LiDAR (Light Detection and Ranging). A non-profit organization called PACUNAM has implemented this technology, that allows researchers to look below the thick canopy of trees in the dense Guatemalan jungles. The astonishing revelation was that of interconnected Mayan cities which were far more expansive than the otherwise isolated settlements that were previously thought to have belonged to the Mayans.

Earlier, researchers had estimated that Mayan settlements were inhabited by 1-2 million natives, but this new revelation has pushed that number to as high as 20 million. This has put the Mayan Civilisation on the level of Egyptian and Indian Civilisations in both population and pursuit of an intricate lifestyle.

“There are entire cities we didn’t know about now showing up in the survey data,” said archaeologist Francisco Estrada-Belli, who is one of the leaders of the archaeology program. “There are 7,700 sq. miles more to be explored and there are going to be hundreds of cities in there that we don’t know about. I guarantee you.”

The LiDAR research data reveals that the Mayans were as advanced in using technology as modern day developed countries – they built vast elevated highways with magnificent fortification. Even in agriculture, they were a class apart – the landscaping of their farms was done in a way that would efficiently produce food on an industrial scale.

“We’ve had this western conceit that complex civilizations can’t flourish in the tropics, that the tropics are where civilizations go to die,” said Marcello Canuto, an archeologist from Tulane University who worked on the project. “But with the new LiDAR-based evidence from Central America and [Cambodia’s] Angkor Wat, we now have to consider that complex societies may have formed in the tropics and made their way outward from there.”

This is just the beginning of a ground-breaking research that is yet to reveal even more jaw-dropping results to the world. Scientists have just begun, and there are many more areas yet to be surveyed, that would truly rewrite the history of Mayans as we know it today. Only the first stage of PACUNAM’s three-year initiative has been implemented so far.

Archeologists managed to digitally cut away the thick Guatemalan forests in order to reveal more than 60,000 Mayan structures.

LiDAR has also revealed the existence of a large Pyramid at the centre of Tikal, a ruined Mayan city – one that attracts many tourists today. A pictographic representation of the laser cutting process follows below.

There is plenty to learn from the Mayan Civilisation – their sophisticated calendar, precision in technology and splendid architecture that has survived natural disasters and wars with their buildings standing tall even today. One can only imagine, the plethora of knowledge Mayan priests held, which was lost through the sands of time.