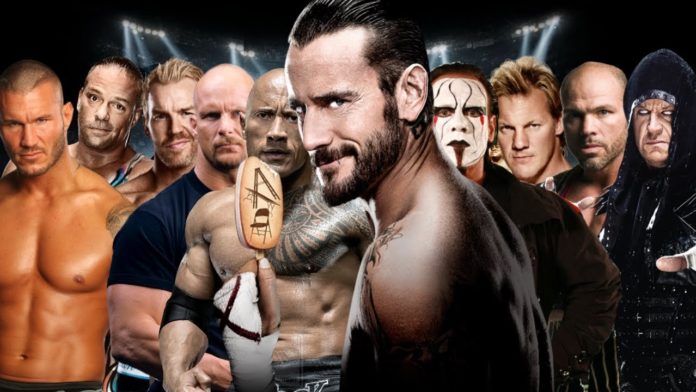 Coronavirus outbreak has been a pain in the arse for not just for wrestling fans but world at large. The granddaddy of them all, Wrestlemania, is less than two weeks from now. Due to the current Quarantine scenario, WWE has decided to move Wrestlemania to Developmental Centre. There have been mixed reactions to this move with most internet warriors demanding Postponing Wrestlemania. I believe postponing is not an option as WWE wants to serve their fans with some intense wrestling during this weird period. I stand by WWE and their brave decision.

That being said, it will be awkward to watch Wrestlemania without any crowd. The crowd power has always been a catalyst in any wrestling event. It will be sad to see Edge returning to the ring without a spectacular entrance with crowd cheering him on his way. It will be weird to see The Undertaker Vs AJ Styles in an empty arena. I have my reservations, but I look forward to watching Wrestlemania. It will be a good alternative to the sad news about Coronavirus deaths which are floating on Social Media and Satellite TV.

Humanity has always survived major disasters. U.S.A. came out strong after 9/11. India came out united after 26/11. We, as humans, have always defeated all the threats no matter how tricky they have really been. Once we defeat the virus 1..2..3 and get back to our normal lives, we will see a lot of changes in the society. I won’t go to the politics of this but I want to discuss three WWE returns which could bring back all the fans back in the crowd again.

CM Punk even on ‘Backstage’ capacity has opened the door for the potential return of his wife, AJ Lee. Originally, her decision to leave WWE likely came tied into the ugly ending of Punk’s time in the company. Since then, Lee has been pursuing her writing career.

She still young, she can still hold the Mic and she can definitely fight. Returning AJ Lee could bring a lot of freshness to TV. Imagine the kind of rivalries we could witness- AJ Lee Vs Becky Lynch. AJ Lee Vs Charlotte. AJ Lee Vs Paige (we have already seen this one though). AJ’s undeniable star power could make Women’s Division Relevant Again.

CM Punk is Back! Okay, in backstage role and not in the ring. But guess what? If the WWE wants to bring back active crowd once coronavirus fades away, they really need to up their game. The best way to do it? Bring back the Founder and President of the Straight Edge Society, CM Punk. Wrestling fans will be glued to TV if CM Punk returns. Seth Rollins Vs Punk. AJ Styles Vs Punk. In-fact just give us Daniel Bryan Vs Punk one more time and we will leave everything for WWE.