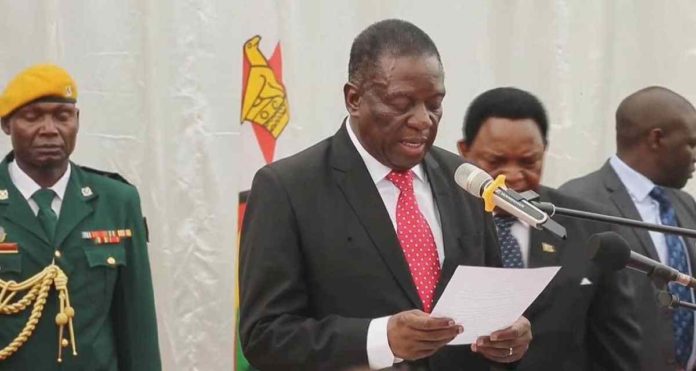 Zimbabwe plans to set up shops within camps and barracks to sell subsidized goods like maize meal and cooking oil to members of the security forces, cabinet ministers said on Wednesday, as the government seeks to tame anger over economic hardship.

Economists estimate that year-on-year inflation reached 525% in December as the southern African nation struggles with its worst economic crisis in a decade, marked by shortages of food, foreign exchange, fuel and power.

With monthly salaries as low as $140, political analysts say the lower ranks of the security forces, from the army to the police, have not been spared the effects of the crisis.

Mutsvangwa said all government workers would from next month start contributing 2.5% of their monthly salaries to a state savings fund. Security force members who make the contributions would be able to buy goods cheaply from the new shops.

The minister said consultations were still being held with the public service commission, which employs all government workers.

“Garrison shops in terms of physical structures already exist in the cantonment areas but there is no subsidy, that is what we want to try to cure with this proposal,” Ncube told reporters in Harare.

Ncube did not say how much would be spent on the subsidies.

Mutsvangwa earlier said the government had increased the maize producer price fivefold to $389 a tonne in a bid to encourage farmers to deliver the crop to state grain silos, which have been severely depleted after a drought last year.

Farmers, who are expected to start harvesting this year’s crop at the end of next month, would receive 6,958 Zimbabwe dollars (US$389) a tonne, compared with 1,400 Zimbabwe dollars set last June.

The agriculture minister said last month the southern African nation only had 100,000 tonnes of grain in its strategic reserves, enough to last just over a month, forcing the government to ramp up imports of maize.