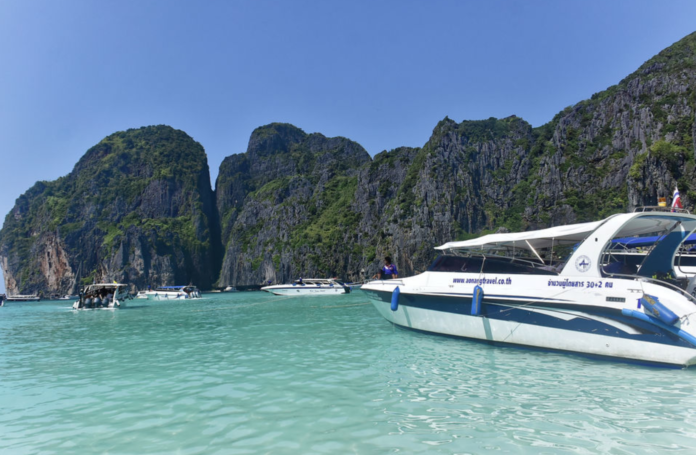 Yacht enthusiasts from all over are discovering the beauty of boating in Phuket. The weather is divine, the scenery is beyond breathtaking, and the Andaman Sea, with its amazing deep-blue waters, is scattered with tropical islands and deserted beaches, and is undeniably one of the most amazing places for cruising on Earth. And Phuket, which is now known as the sailing capital of Asia, has certainly stepped up to its growing popularity among boaters. Today, the island nation has already established four major marinas for local mooring and is also home to some of the best annual yachting events around.

This increasing interest has also stimulated growth in various marine services and suppliers, such as the international boat transport industry, where companies have been busy shipping boats and yachts at record rates year-round to the island from every corner of the globe. People are excited about boating in Phuket and once you experience it for yourself, it’s easy to see why.

Phuket is an ultimate sailing location and allows easy passage to extraordinary nearby places such as Phang-Nga bay, with its stunning limestone karst scenery, the Phi Phi Islands (Leh and Don), and the relatively unexplored and pristine Andaman Islands that lie between Thailand and India. Phuket is also very conveniently placed as a base from which to explore further south, down the Malacca Strait towards Singapore, with the chance to stop at other worthwhile locations on the way past Malaysia.

Without a doubt, Phuket is truly making a big splash when it comes the leisure boating world, not only for its noteworthy cruising conditions and beautiful scenery, but also for hosting some great boating events. There are three annual sailing regattas: The Phuket King’s Cup Regatta (in December), The Bay Regatta (in February), and the Six Senses Phuket Race Week (in July). Although the King’s Cup is by far the most popular, each of these regattas attracts many local and visiting participants and onlookers alike, all seeking a taste of some of the world’s finest sailing.

Another happening is the annual SEA Property International Phuket Multihull Championship, which is the biggest firefly race in Asia, and takes place during monsoon season when unpredictable weather makes for extra added excitement and suspense as well as inconsistent race results year after year. There is also the Asia Super Yacht Rendezvous, which is an exclusive international event for motor and sailing super yachts. This three day event is the longest running of its kind in Asia and brings together the largest gathering of super yachts in the region. And lastly, the PIMEX Phuket International Boat Show is yet another major boating event that highlights up to 40 yachts and super yachts from all over the world, and even if you’re not buying a boat you can surely appreciate this events luxurious ambiance combined with the spectacular backdrop.

Many yachters are even opting to moor their boats in Phuket year-round, rather than places like the Med. Apparently, it is much more affordable and just as appealing, if not more appealing than other popular year-round mooring destinations. In fact, in 2007, the Thai government dropped the boat import tax altogether, from 200 percent to 0 percent, which contributed to this increase. “The sailing in Phuket in incredible,” commented Bo Brighton, a yacht owner from Australia. “It is by far our favorite boating destination, and we’ve been all over the world. We actually dock there year-round.”