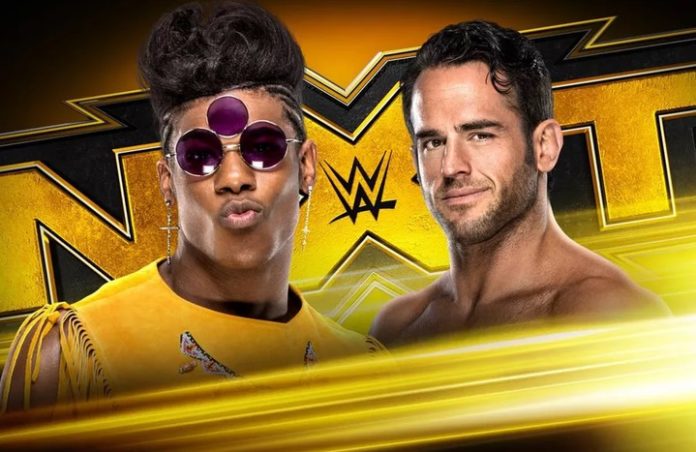 Here are the results for the February 19th, 2020 edition of NXT.

Out comes The Undisputed Era. Adam Cole says obsession never defeats destiny and that Ciampa learned the hard way what happens when you mess with the greatest NXT Champion ever.

He claims the UE will continue to make examples out of their enemies, like Roderick Strong will against Velveteen Dream.

Dream’s lights hits and he says that Strong has a chance to prove he’s a man and to make time for the two of them. Strong swears on his family he’ll make Dream wish he never came back.

Devlin hit the Devil Inside to retain the championship.

Dakota Kai is with Raquel Gonzales. Raquel said that Nox was given her chance when she was pushed around, but now that she has Kai’s back, they are unstoppable together.

Regal congratulates Kai on the victory, but says in two weeks, Kai will have to face Nox inside a steel cage.

Austin Theory comes out and Ciampa comes out not too long after. Ciampa says he knows why Gargano did what he did at Takeover, and if one thing goes hand-in-hand with him in NXT, it’s Gargano. He states that in order for him to become NXT Champion again, Gargano can no longer be in NXT.

Austin Theory tried to attack, but Ciampa drops him with some huge strikes.

The Young Veterans win with The Ticket To Hell.

After the match, Gibson issues a warning to the rest of the tag division that they are coming.

Dunne and Riddle win with a double knee strike.

After the match, Dijakovix comes out and says he had Keith Lee beat and that the Spanish Fly he hit was meant to finish him. If he didn’t throw out his back, he’d be the champion.

Lee says all he hears is ifs and excuses. But whenever the two step in the ring, they always hear “fight forever”. He tells Dominick if he can talk Regal into it, they can indeed fight forever and that he’s up for a challenge.

Bianca Belair comes out during the match and talks Charlotte she’s gonna whoop her ass. Robert Stone trips up Carter from behind and Green wins with the Unprettier.

Dream wins with a Death Valley Driver even after interference from the UE.

After the match, Undisputed Era jumps Dream and Strong hits End of Heartache as NXT goes off the air.