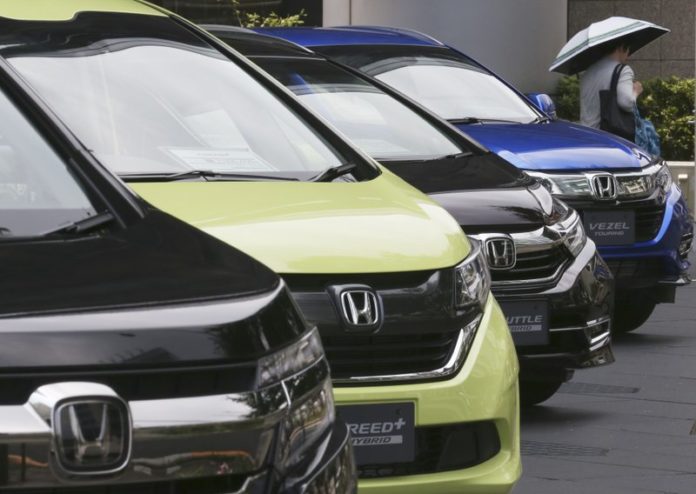 Japanese automaker Honda reported Friday a nearly 31% dive in its October-December profit as strong demand for its motorcycles failed to make up for falling vehicles sales.

Honda raised its full year profit forecast to 595 billion yen ($5.4 billion) from an earlier 575 billion yen ($5.2 billion), although the improved new forecast is still 15% below what it earned the previous fiscal year.

But Honda, the maker of the Accord compact, Odyssey minivan and Asimo robot, said the damage from the outbreak of a virus that began in central China is not reflected in its forecasts through March 2020.

Honda, like other Japanese automakers, has not resumed production at its factories in China since the Lunar New Year’s holidays, which began Jan. 24.

Tokyo-based Honda said its three auto-assembly plants in Wuhan, the city at the center of the outbreak, will remain closed through Feb. 13. Honda’s other plants in China will remain shuttered at least through Sunday, the company said.

Thirty Honda employees have returned to Japan on chartered planes from Wuhan arranged by the Japanese government, and none of them are sick with the virus, it said.

Company trips to the Wuhan area are canceled, and trips to China overall are being avoided unless absolutely necessary, said Honda, which also makes Super Cub scooters.

Other Japanese automakers have temporarily shut down production at its China plants.

Toyota Motor Corp., Japan’s top automaker, said Friday it was extending the production stoppage at its 12 auto plants in China by at least another week, through Feb. 16. Four of the production sites are vehicle-assembly plants.

Toyota reported healthy profits and sales earlier this week and raised its annual forecast, but the virus remains a risk to its China operations.

Nissan Motor Co. said earlier it was considering reopening most of its factories in China on Monday, but would wait until at least Feb. 14 for facilities in and around Wuhan. Nissan reports earnings next week.