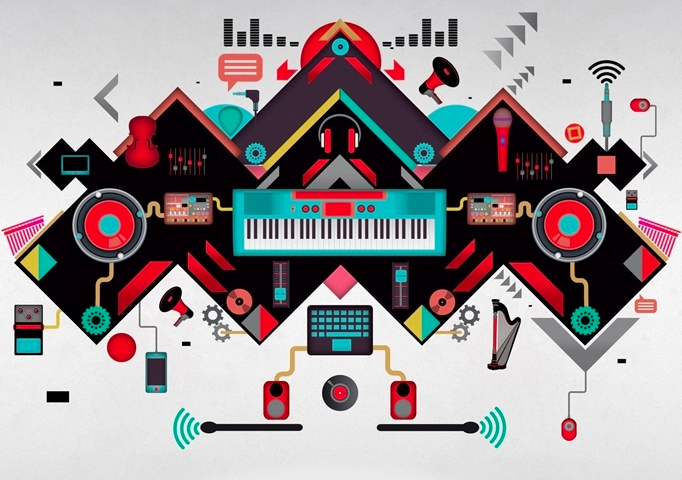 In 2016, a documentary called Graphic Means was released. The film delved into the history of graphic design but mainly focused on how it changed dramatically during the 1900s, particularly between the 1950s and 1990s, long before the advent of computers. Now, you’re probably thinking, “There was really a time when graphic design was done without computers?”

The Dark Ages of Graphic Design

In fact, you could even say that graphic design is as old as human communication. By using tools and images, graphic designers communicate a message. It was the same as cuneiform and hieroglyphs or ancient Greek art. But, if we are talking in terms of graphic design in terms of profession, it would not have started until 1439, when the first printing press, known as the Gutenberg press, was invented. Although for a long time scholarly prints looked the same, the advent of newspapers helped stylize print design, thanks to advertisements.

Then in the 1800s, color print technology was introduced. The newfound ability to print in color gave brands a chance to truly individualize and sell themselves to the consumer. Color palettes and typography was used to speak directly to the customer and encourage their buying behavior.

Up until the 1900s, the idea of graphic design had yet to be coined. In 1903, the first graphic design firm was born, but in took another 19 years before the term “graphic design” was born. William Addison Dwiggins, an American calligrapher, type designer, and book designer introduced graphic design when referencing himself.

World War II played in a role in the development of graphic designer, or rather, seemed to stymie it. Because most resources were funneled into the war effort around the world, most industries halted advertisement. Others favored the development of Pop Art, Op Art, and Hyperrealism. But you need to keep in mind that all these designs were created by hand, with the artists coloring, copying, cutting, and pasting manually.

Days were spent waxing, molding, slicing, painting, and finalizing a project. One mistake could create several hours of revising or a total redo. It was unforgiving, which is why computers have been a tremendous boon to the graphic design industry.

Tools Before The Digital Age of Graphic Design

While these tools are still used today in many studios, they are more for preliminary set-up rather than the actual completion of a project. In the past, whether it was typing or making an image, the process was complicated. For example, take a decal design. Designers often had to cut multiple sizes for a single to design to find the ideal size. Photos would need to be cut, pasted, and rearranged many times. Once a single print was done, the design was topped with glassline paper to modify elements. Then, the design would be photographed and checked for errors.