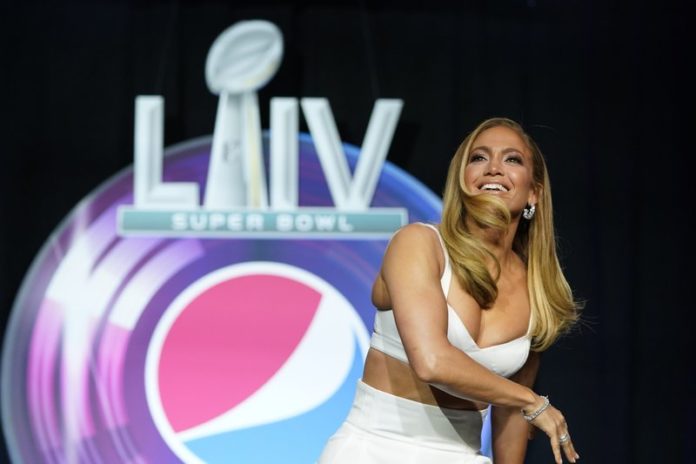 Less than 24 hours before stage time, Jennifer Lopez was readying her big performance at the Super Bowl halftime show, summing it up with seven words: “Yeah, we’re in the thick of it.”

“You know, everything happens when it’s supposed to happen. There were many years that I thought about doing the Super Bowl and that it was something that I wanted to do and even where I was talked to about it. This is when God choose me to do it,” she said late Saturday in an interview with The Associated Press, taking a break from rehearsals.

Lopez will blaze the stage Sunday at Hard Rock Stadium in Miami as the San Francisco 49ers take on the Kansas City Chiefs.

The singer, whose hits include “Waiting for Tonight,” “I’m Real,” “Jenny from the Block” and others, said she hopes her performance with Colombian singer Shakira inspires and unites people.

“It’s such a huge platform and you think, ‘OK, what is it that I want to do?’ And to tell you the truth, you know, when I think about sports … and music, those are the two things that really, really bring people together. So, for me, it’s an opportunity to really bring people together in a moment of celebration, in joy, love, in unity and happiness. That’s what I feel that we’re going to provide (Sunday),” she said. “It really is about love and unity and celebrating the potential in every single person that’s inside of each one of us for all the beautiful things we are.”

Shakira added that she worked hard for months to prep for this big moment.

“The scope of this show is so grand, not just the actual size of the stage but also the size of the audience. I have prepared for months. I’ve trained physically and vocally harder than I ever have before. I don’t take this opportunity for granted,” the Grammy winner said in a statement to the AP on Sunday. “Not only do I want people to have the time of their lives, I want young Latin girls around the world to know this isn’t an accident and this is something they too can achieve. Jennifer and I talked about that a lot. Symbolically this means so much to us.”

Lopez, who is from the Bronx, said she is proud to see two Latin hitmakers headline on such a global stage.

“I’m a woman, I’m Latin and I’m American and I’m proud of all of those things. If you’re going to describe me, I guess, that’s what it is. So, all of those things will be part of the performance for sure. I really hope that it empowers people,” she said. “There is so much that we can achieve, just me and Shakira being on that stage is something where people go, ‘Yay, anything is possible. We can be up there, too.’”

Lopez was mum about who would join her and Shakira onstage, saying: “I want each moment to moment for people to be, ‘Oh my god, oh yay.’” But a person close to the Super Bowl, who spoke on the condition of anonymity because the person was not allowed to publicly talk about the game, told the AP that Lopez’s 11-year-old daughter Emme, Puerto Rican rapper Bad Bunny and Colombian performer J Balvin will be special guests during the 12-minute performance.

Lopez said the performance will be both large and warm.

“The Super Bowl is the holy grail of live performances … so you’re thinking large scale, big moments, but also it still needs to feel very you and very personal and you want some kind of intimate, emotional moments as well. I’ve just been thinking of having a nice balance of the big and the kind of like intimate moments, too,” she said.

One of the hardest parts, she said, was narrowing down the set list for the show, which will be co-produced by Jay-Z and his Roc Nation company for the first time.

“It’s an enjoyable fun set and there was no way to fit in everything people were asking for,” she continued. “But that’s a blessing and at the end of the day, I think what I put together with my team is something that is a lot of fun, a lot of energy (and) super-exciting.”