Juan Jose Marquez, who was with Guaido on his return to Venezuela on Tuesday after a three-week international tour, passed “migration normally, and as he was about to leave … he was held for an alleged Seniat review,” Guaido’s press team wrote on Twitter. Seniat is Venezuela’s national tax agency.

He then showed pictures of a bulletproof vest and alleged explosive material he said belonged to Marquez, and said Marquez had also brought in an electronic file containing information about “operations against Venezuela.”

Marquez’s wife, Romina Botaro, said her husband was an airplane pilot who had nothing to do with politics.

Opposition lawmaker Delsa Solorzano said that Marquez’s hearing began Wednesday night in a court by the airport just outside Caracas, and that he is being represented by private lawyers.

Cabello said Marquez would not be released. He also showed a photo of Guaido’s Venezuelan ID card cut up, saying it had been confiscated at the airport.

President Nicolás Maduro “is a coward … who does not show his face, who does not dare to step in a public square without security … he mounts an attack against my family,” Guaido told reporters on Wednesday morning before a session of the opposition dominated National Assembly.

The Ministry of Communication did not respond to a request for comment.

At the airport, Guaido was met by supporters as well as pro-government agitators who pushed and shouted insults at him and attacked journalists, photographers and opposition lawmakers, according to Reuters witnesses.

Guaido, who is recognized by more than 50 countries as Venezuela’s legitimate president, hopes to revive the inertia of 2019 when he led a groundswell of protests against Maduro.

Maduro calls Guaido a U.S-backed puppet who seeks to oust him in a coup.

Ex-Venezuela general charged with drug trafficking surrenders to US 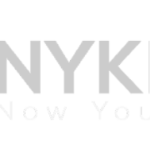 ABOUT US
News, Nostalgia, Gadgets, Health, Planet Earth (sometimes even the universe), people (and A.I.) and Politics! Think about it, when last did you tune in to top news websites or TV station and hear something positive? The mainstream media is wired to report only the negative news, which portrays the evil side of humanity. NYK Daily was born out of the necessity to provide you with an alternative to the depressing news. We, at NYK Daily, want to be the change the world desperately needs. Our goal at NYK Daily is to provide you with positive news in different areas from around the world. We focus on happenings in World of Business, Lifestyle, World News, Science and Innovation, technology, history, health and inspiring stories from different unsung heroes. in such a way that would help you build optimistic spirit and challenge you to be positive in all your doings. At NYK Daily, our vision is to provide readers with knowledge-filled, spirit-lifting, and optimistic information that would transform their minds to respond positively to the world. We want to create an atmosphere where people can truly see how beautiful the world is, and live in peace with themselves and society.
Contact us: nykdaily@gmail.com
FOLLOW US
© Copyright NYK Daily

Brazil’s Bolsonaro released from hospital after spending the night