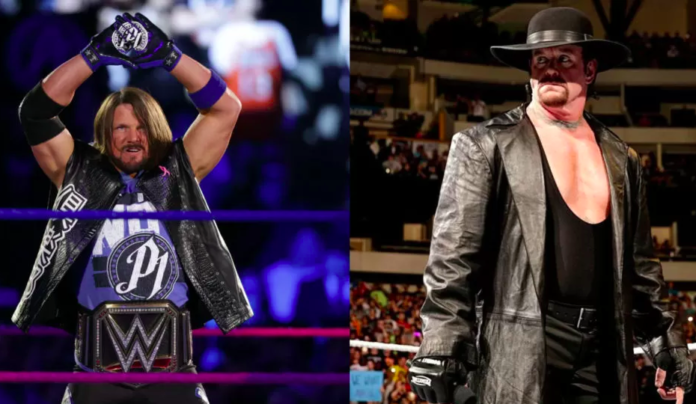 Figure Four Wrestling is now confirming some earlier rumors that AJ Styles vs. The Undertaker is planned for WrestleMania 36.

Of course, The Undertaker did not work the WrestleMania 35 pay-per-view event but he did face Goldberg at Super ShowDown in June 2019 and then wound up teaming with Roman Reigns against Shane McMahon and Drew McIntyre at the Extreme Rules pay-per-view event the following month.

Styles hasn’t been seen since the 2020 WWE Royal Rumble pay-per-view event, where he suffered a separated shoulder injury. Styles will be returning at Super ShowDown to participate in the Tuwaiq Trophy Gauntlet Match.