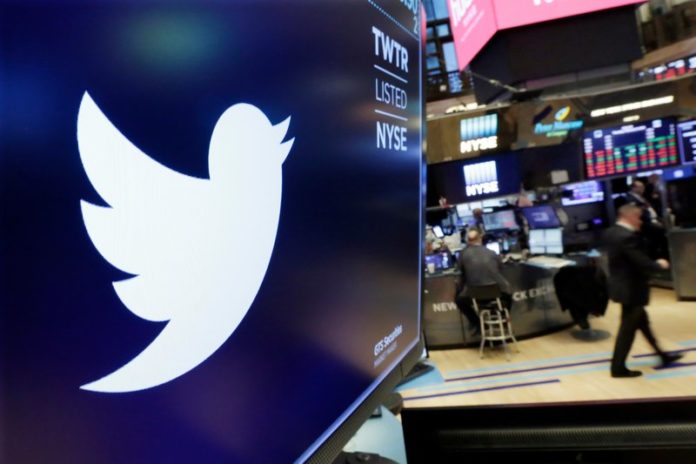 Twitter reported Thursday that profit fell in the latest quarter even as growth in revenue and user numbers exceeded forecasts.

The San Francisco-based tech company said that fourth-quarter net earnings fell to $119 million, 15 cents per share. That’s down from $255 million, or 33 cents, in the same period a year earlier.

The short messaging service posted revenue of $1.01 billion in the period, 11% higher than a year ago, and the first time that it surpassed the $1 billion mark.

The company reached a “new milestone” for revenue in the quarter, Chief Financial Officer Ned Segal said, “reflecting steady progress on revenue product and solid performance across most major geographies, with particular strength in U.S. advertising.”

The company had 152 million daily users in the latest quarter, up from 145 million in the previous quarter.

While the net income figure was below analyst forecasts for $231 million, other figures cheered investors, sending shares up a sharp 8% in in premarket trading.

The sales figure was on the upper end of market expectations, according to data provider FactSet. And the number of active daily users was above the forecast for 147 million.

Last year, Twitter started disclosing its daily user base – that is, users who log into the site at least once a day and see advertisements on the platform. The daily metric has replaced its monthly user count, which Twitter said it will no longer disclose. Other companies, such as Facebook, give both daily and monthly counts.

For the year as a whole, Twitter posted net income of $1.47 billion on revenue of $3.46 billion. For the current quarter, Twitter forecasts revenue to come in between $825 million and $885 million.