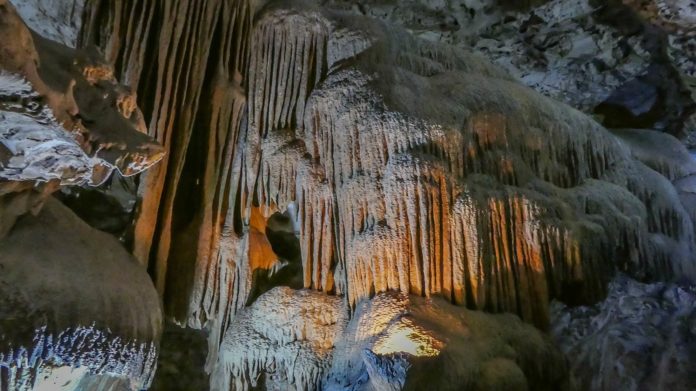 Just a few miles from Curacao’s capital city of Willemstad are a series of caves that tell many stories about the history of the Caribbean. The Hato Caves – known as Grotten Van Hato in native Dutch – formed under Caribbean waters several thousand years ago. After the waters receded, native peoples used the caves for burial rituals and other ceremonial purposes. Later, during colonial times, the caves served as a place of refuge for escaped slaves. Despite these caves’ significant contributions to history, the site was not open to the public until the 1990s. Today, these limestone caves embedded in an ancient coral reef are one of Curacao’s most popular attractions. Visit the Hato Caves and see why this unique formation is such an important part of this island’s cultural and geological history.

The Hato Caves formed several thousand years ago as karst caves, a geological process in which water containing an above average amount of carbon dioxide dissolves limestone. Though limestone is typically waterproof, cracks in the rock created by tectonic forces allowed sea water to seep between cracks and widen the spaces. Slowly, over a period of many thousands of years, large caves like Curacao’s treasured Hato were formed as a result.

However, as these caves formed underwater, they weren’t always accessible to humans. It is believed that it wasn’t until the Ice Ages that the water level dropped enough to expose these caves. Like other famous sea caves throughout the world, the Hato Caves still bear the marks of their time underwater. In the limestone interior, visitors can easily spot ancient shells and coral formations embedded in the rock. Yet, the cave is still active today, evidenced by the growing number of stalactites (sharp columns of rock that hang from a cave’s ceiling) and stalagmites (inverted stalactites that extend from the cave’s floor).

Before tourists began exploring this area, the Hato Caves were used as shelter by many groups. Prior to the colonization of the Caribbean, the Amerindian Arawak natives used the caves for ceremonies and burials. In addition to leaving behind flint tools and other artifacts in the caves, these native peoples also scrawled petroglyphs on the walls. These drawings, thought to be about 1,500 years old, are still visible today when touring the caves. In the park outside the cave, the iguanas popular with tourists are thought to have come to Curacao with these natives that originally migrated from the Orinoco River region of South America several thousand years ago.

During colonial times, it is also believed that escaped slaves hid in these caves, with some even living in the caves for months. Today, as the caves play an important role in the tourism industry of Curacao, it is easy to see how the Hato Caves have played an important role through all stages of this island’s history.

One of the most popular activities in Curacao is a tour that visits both the Hato Caves and The Curacao Ostrich Farm. This four hour tour departs from Willemstad and makes pickups at all the best resorts. Rates generally start at $45 per person – a price that includes round trip transportation, entrance fees at each site and the expertise of a local tour guide. As this tour typically operates only on Tuesday, Thursday and Saturday afternoons, it is a good idea to make reservations as you plan your vacation or through your concierge when you arrive. If you choose to visit the caves on your own, tours are offered hourly from 10 am to 5 pm every day.

If you visit Curacao, make sure you visit one of the most historically significant and geologically unique sites in the Caribbean. Regardless of age or interests, an adventure awaits just beneath the surface for every visitor.